European airport trade body, ACI EUROPE, today released its air traffic report for July 2021, as well as preliminary data for the month of August. The report shows that passenger traffic in the European airport network decreased by -49.3% in July compared to the same period pre-pandemic (2019) – a significant improvement compared to previous months (-74% in Q2 2021). Total passenger volumes more than doubled during the month compared to July 2020 – at 133.4 million up from 57.4 million.

While airports in the EU+ area1 kept underperforming the European average in July at -56.1%, the improvement over Q2 2021 (-81%) was also significant. This reflected the role of the EU Digital Covid 19 Certificate, alongside the easing of travel restrictions in many countries.

There were significant variations between national markets across the EU+ area – due to a mix of factors including diverse epidemiological situations, uneven efforts made by Governments to ease travel restrictions, the size of domestic markets and some countries benefitting from tourism/VFR traffic more than others. Accordingly, the best performance came from Romania (-32.6%), Greece (-33.3%), Luxembourg (-44.5%) and France (-46.2%), while Finland (-81.9%), Ireland (-81.7%), the UK (-81.2%) posted the sharpest declines. Germany (-60.8%) also underperformed the EU+ area average.

Meanwhile, airports in the rest of Europe2 saw passenger traffic decreasing by just -20.3% in July – reflecting a complete recovery of domestic passenger traffic (+10.3%) as well as less severe restrictions for cross-border travel.

CDG AND AMS RETURN TO TOP 5

More generally EU+ hubs and larger airports significantly underperformed in July due to the permanence of tight restrictions on international travel beyond Europe. This dragged the performance of Group 1 airports3  down to -55.6%.

Conversely, mid-size and smaller airports tended to fare better in July, a result of their higher reliance on domestic and intra-European leisure traffic. Accordingly, Group 34 and Group 45 airports saw passenger traffic decreasing by -38% and -34.2% respectively.

Freight traffic across the European airport network increased by +4.3% in July compared to pre-pandemic (2019) levels, but was up +23.7% from the same period last year.

FURTHER – BUT SLOWER – IMPROVEMENTS IN AUGUST

Preliminary data for August reveals that passenger traffic in the European airport network kept improving but at a slower pace compared to July – with the month closing at -43%.

Noticeably, the improvement in August all came from the EU+ market at -49% – although this was mainly driven by UK and Irish airports following the partial lifting of travel restrictions in these countries, as well as further gains in the Eastern part of the bloc. Most other EU+ markets remained at their July levels.

Meanwhile passenger traffic in the rest of Europe stood at -21%, showing no further increase compared to July.

Olivier Jankovec, Director General of ACI EUROPEcommented: “The easing of travel restrictions for intra-European travel and the EU Digital Covid Certificates have allowed passenger traffic to finally improve across Europe, giving airports some oxygen over the months of July and August. But make no mistake, this cannot be called a recovery. We are still 66% below pre-pandemic volumes so far this year6 – and the improvement has predominantly benefitted smaller airports relying on domestic and leisure traffic. As we have exited the peak Summer holiday period, passenger traffic is no longer improving in many markets. In fact, it is plateauing and even decreasing again, with business travellers not there to take over from holiday makers. Of course, this is due to travel regimes which still remain unaligned with restrictions and conditions difficult to navigate. But beyond obvious demand factors, supply issues are also starting to holding back further progress. Air connectivity remains very much degraded across Europe – this is acutely felt in the business travel sector in particular.”

He added: “We are anxiously waiting for the UK to reconsider its current restrictions and further ease cross-border travel. This should finally allow UK airports to close the gap with the rest of the industry but would also benefit airports in many other European markets. And crucially, we need to do away with restrictions to international travel for fully vaccinated travellers both within and beyond Europe. The transatlantic market and EU neighbouring countries are absolute priorities in this regard.

COVID-19 vaccination is proven to be highly effective against hospitalisation and death. This has completely changed the paradigm of the epidemiological situation and related risks. Yet, by relying predominantly on infection rates, the criteria used to assess such risks fail to reflect this new reality. This must be urgently addressed – along with a push for the EU COVID-19 Digital Certificate to become the global standard.” 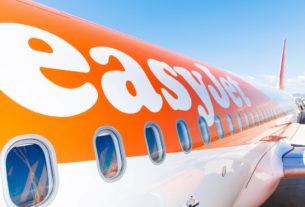 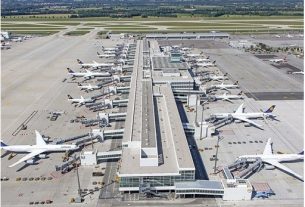 Lufthansa resumes service from Munich to the U.S.A. EXCLUSIVE: This is the portrayal of German bookings on December, 30 | +11% in the last week