A UK investor’s perseverance paid off this week when Prokopis Pavlopoulos, the Greek president, signed off on a €250m tourist project to be built on the island of Crete — 25 years after the permit was first requested.

The project is the first new foreign investment to be approved by the leftwing Syriza government since it came to power last year and the largest to date on Greece’s most popular island destination.

Minoan Group, a leisure and travel company listed on London’s Aim market, began applying for permits to build a luxury resort in 1991 after leasing the uninhabited Cavo Sidero peninsula from a charitable foundation set up by the owner, the 700-year-old Orthodox monastery of Toplou.

But the project quickly ran into opposition from influential Cretan hoteliers and their political backers and local environmental groups.

High quality global journalism requires investment. Please share this article with others using the link below, do not cut & paste the article.

Even though tourism is the biggest sector of the Greek economy, accounting for almost 20 per cent of national output, the country boasts only a handful of internationally branded hotels and five-star resorts.

“I’m delighted that following the presidential decree we can move forward with this project after many years of effort,” said Christopher Egleton, Minoan executive chairman. “With Greek tourism expanding again, the prospects are very encouraging.”

Minoan negotiated the project with 10 successive governments before Syriza came to power and successfully contested a dozen lawsuits, including a challenge to the monastery’s ownership of the sprawling peninsula which it had used for centuries as grazing land.

High quality global journalism requires investment. Please share this article with others using the link below, do not cut & paste the article.

The resort was scaled back from 6,000 to 2,000 beds as Greece tightened environmental regulations for large-scale tourist development. It includes an 18-hole golf course, a desalination plant and a natural-history museum for the region.

Mr Egleton said the resort would operate year round, creating 1,200 permanent jobs and another 2,000 for local suppliers in a district hit by rising unemployment.

Greece last year saw a 7 per cent jump in tourist arrivals to 23.6m as visitors shrugged off the imposition of capital controls and fears of an involuntary “Grexit” from the euro. A smaller increase is projected this year. 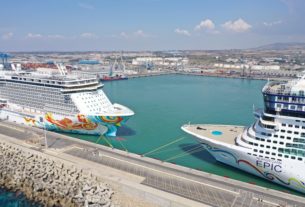 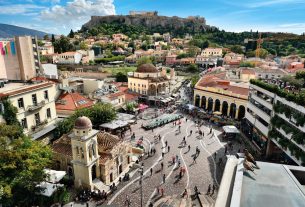 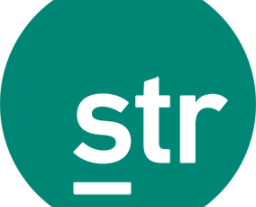