Britain has “axed” Luxembourg from its safe travel list with immediate effect from midnight 30 July.

“If you arrive in England, Wales, Scotland or Northern Ireland from Luxembourg on or after 31 July 2020 you will need to self-isolate.

People arriving in the UK from Luxembourg from midnight tonight (Thursday, 30 July 2020) will need to self-isolate for 2 weeks as the country is removed from the travel exemptions list.

Data from the Joint Biosecurity Centre and Public Health England has indicated a significant change in both the level and pace of confirmed cases of Coronavirus in Luxembourg.

There has been a consistent increase in coronavirus (COVID-19) cases per 100,000 of the population in Luxembourg since the end of June, with over a tenfold increase in total cases over this time period.

As a result, ministers took the decision to remove Luxembourg from the travel corridor list of countries from which people arriving in the UK do not have to self-isolate.

At the same time, the Foreign and Commonwealth Office (FCO) has also updated its travel advice for Luxembourg to advise against all but essential travel to the country.

People currently in Luxembourg are encouraged to follow the local rules and check the FCO travel advice pages for further information.

The government has made consistently clear it will take decisive action if necessary to contain the virus, including removing countries rapidly if the public health risk of people returning from a particular country and not self-isolating becomes too high.

The devolved administrations have all taken the same decision today, so travellers arriving from Luxembourg into all parts of the UK will need to self-isolate.

The government is urging employers to be understanding of those returning from Luxembourg who now will need to self-isolate”. 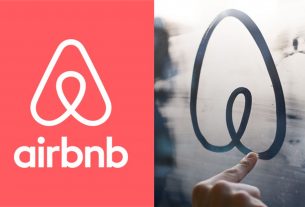 IATA: “The worst may be yet to come” – Impacts of COVID-19 on European Aviation and Economy Increasing