With the summer travel season approaching, Celestyal Cruises, the award-winning, number one choice for cruise travelers to the Greek Islands and the Eastern Mediterranean, is encouraged by the continued progress being made in the containment of the global Covid-19 pandemic, especially with the ever-increasing and effective vaccine rollout throughout the world.

Being in continuous contact with European and Greek health authorities as well as the Greek government, Celestyal announces that it will resume operations on  May 29th from Piraeus, Athens with its seven-night Idyllic Aegean itinerary. The start of the season was earlier planned for the end of April. The new recommencement date is in accordance with the recently announced Greek Ministry of Tourism roadmap to opening Greece to tourism and cruising for the 2021 season. The seven-night Idyllic Aegean itinerary starts as low as $729 per person, and will call upon Kusadasi, Rhodes, Santorini, Lavrion (for Temple of Poseidon), Mykonos, Milos and Crete.

The company will recommence operations with the Celestyal Crystal so as to utilize her ideal size.  As more countries reopen with increasing demand, the company will announce the 2021 deployment of the remaining fleet in due course. Until such time the Celestyal Crystal will utilize two embarkation ports, Piraeus and Lavrion in Athens, providing the ability to offer shorter three and four-night Idyllic itineraries in addition to the seven-night sailing. The shorter three and four-night sailings will operate on a Wednesday from Lavrion and Saturday from Piraeus respectively.

“We are extremely encouraged by the increased global distribution and effectiveness of the vaccine and by the positive response we are receiving from our partners and guests around the world,” said Celestyal Cruises CEO, Chris Theophilides.  “We will continue to monitor the positive progress of the healthy reopening of both Greece and cruising while continuing to liaise with the European and Greek health authorities to ensure that we continue to provide a safe and responsible operation for our guests, crew and the communities we serve.  Everyone at Celestyal is extremely excited to return to sailing very soon and to extend our award-winning, warm and welcoming Greek hospitality.”

Guests currently booked on the cancelled late April through   May voyages will have the option to receive a refundable Future Cruise Credit (FCC) equivalent to 100 percent of the amount paid plus an additional non-refundable bonus FCC equal to 20 percent of the actual cruise fare paid. As an added element of flexibility and recognizing the prolonged effects of the pandemic, Celestyal has announced that it will allow guests currently holding FCCs as well as guests about to receive FCCs, as a result of the new recommencement date, the opportunity to apply the FCC towards Celestyal’s soon-to-be-announced 2023 itineraries in addition to 2021 and 2022 itineraries. 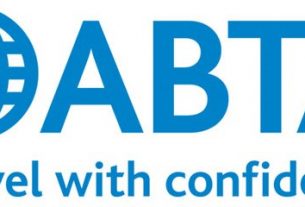