With the ongoing Covid-19 global pandemic having put travel on pause for many this year — including those heroes on the frontline of fighting to protect and care for communities across the world, Celestyal Cruises, the award-winning, number one choice for cruise travelers to the Greek Islands and the Eastern Mediterranean, is pleased to launch a special “Black Friday” campaign on select 2021 and 2022 all-inclusive cruises booked from now through November 30.

Cruises start as low as €259, per person, based on double occupancy and include free Covid-19 medical travel insurance coverage on qualifying dates.  Children also sail for free and there is a reduced single supplement of just 15 percent for solo travelers.

For first responders and healthcare workers Celestyal is offering a special “HERO’S Discount” with up to 30 percent off current all-inclusive fares for bookings made from now through March 31, 2021 for  three-, four-, seven- and 14-night  2021 or 2022 departures.  The special HERO discount is available to qualifying front-line first responders (firefighters, police officers, emergency medical technicians, etc.) healthcare professionals (doctors, nurses and pharmacists) and back office medical staff and their immediate family members traveling together in the same stateroom.  Supporting employment credentials (such an an employee id) will be required prior to boarding.  During this season of giving, travelers can also opt to thank their healthcare workers or first responders with a much deserved gift of a future cruise vacation.

Also starting at €599, per person based on double occupancy, is the  seven-night “Eclectic Aegean” itinerary departing from Athens and calling upon Istanbul and Canakkale (Ancient Troy) in Turkey and Thessaloniki, Volos (Meteora) and Santorini in Greece.

The “Black Friday” event also features Celestyal’s award-winning seven-night “Three Continents” itinerary for €599, per person based on double occupancy, departing from Athens with calls in Port Said, Egypt; Ashdod, Israel; Limassol, Cyprus;, Rhodes, Greece and Kusadasi, Turkey.  For €879, travelers can trace the footsteps of St. Paul, the Apostle, on a seven-night “Steps of Paul” itinerary leaving from Athens and calling upon Thessaloniki,  Patmos and Kavala in Greece and Istanbul and Kusadasi in Turkey.

“We are truly grateful and humbled by the amazing heroes who continue to work tirelessly to take care of us all during this unprecedented time.  We felt it important to recognize our heroes and through our Black Friday campaign give everyone something to look forward to in 2021 and beyond, “ said Leslie Peden, chief commercial officer.   “We also feel that the holidays  are the perfect time to give the gift of a cruise to families and friends as well as perhaps even to a special healthcare worker or first responder who helped those in need during these trying times.”

Celestyal Cruises has fast built an award-winning reputation and recognition as the number one choice for cruise travellers to the Greek Islands and East Mediterranean thanks to its regional expertise and exceptional hospitality. The company operates three vessels, each one cosy enough to provide genuine and highly personalised services. The foundation of the company’s philosophy is built on a unique Greek heritage which combines outstanding hospitality with genuine cultural destination immersion and provides authentic, lifetime experiences both onboard and onshore. 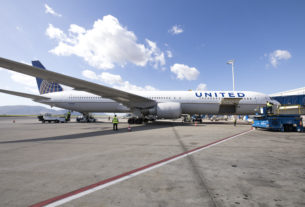 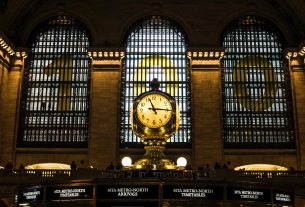