Skip to content
Αρχική > REPORTS > Cruise : Greece remains one of the three most popular destinations in Europe

Cruise Lines International Association (CLIA) has today published its annual European Economic Contribution Report, showing that the cruise industry has once again delivered a great amount of jobs and economic contribution across Europe. 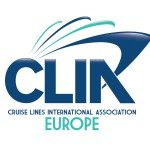 Figures released by CLIA reveal that the cruise industry’s economic output in Europe reached €40.95 billion in 2015, up 2 percent since the previous year, and an all-time high. The direct expenditures generated by the industry reached €16.89 billion, up from €16.6 billion in 2014.

In 2015, the cruise industry also generated more than 10,000 new jobs across Europe, with 360,571 now employed in cruise and cruise-related businesses. Wages and other benefits for European workers reached €11.05 billion.

Even as the cruise industry continues to grow in other regions of the world, Europe remains a vibrant hub for cruising. This trend is supported by three key factors:

“The cruise industry continues to make significant contributions to Europe’s economic recovery,” said Pierfrancesco Vago, Chairman of CLIA Europe and Executive Chairman of MSC Cruises. “The impact is clear. More Europeans are choosing a cruise holiday, more cruise passengers are choosing Europe as a destination, and more cruise ships are being built in European shipyards. This translates into great economic benefits for the entire continent, including coastal areas that were hit disproportionately hard by the economic downturn.”

In 2015, Greece maintained its ranking as the third most popular destination in Europe, with 13.3% share of the European cruise and in total 4,176.500 cruise passenger visits. As ports of high significance were distinguished the ports of Santorini, Piraeus, Mykonos, Kerkira and Katakolo, whereas, in 2015, 980.049 passengers embarked on their cruise from Piraeus.

In Greece, cruise’s direct spending, in 2015, are nearly €489 million, whereas 9.983 employees in the industry, nationally, contribute with more than €188 million annually.

With respect to the national figures, Kiriakos Anastasiadis, Celestyal Cruises CEO and CLIA Europe Executive Committee, states: “Cruise is a rising tourism industry, with a quite positive perspective, contributing in many ways in Europe’s economy. A country like Greece, with destinations of unique beauty and diversity, with culture and history, is able and should develop into a top cruise destination, actually all year round. The abundance of destinations and their close proximity benefit operationally the cruise, while the pleasant climate and Greece’s strategic geographical position could highlight many new markets and destinations.
In addition, if there is a proper, single and organised support from all parts involved, that could contribute greatly in tourism development as well as in national economic recovery.

Cruise Lines International Association (CLIA) is the unified voice and leading authority of the global cruise community. As the largest cruise industry trade association with 15 offices globally, CLIA has representation in North and South America, Europe, Asia and Australasia. CLIA’s mission is to support policies and practices that foster a safe, secure and healthy cruise ship environment for the more than 23 million passengers who cruise annually, as well as to promote the value, desirability and affordability of the cruise vacation experience. Members are comprised of the world’s most prestigious ocean, river and specialty cruise lines; a highly trained and certified travel agent community; and cruise line suppliers and partners, including ports & destinations, ship development, suppliers and business services, committed to the sustained success of the cruise industry. 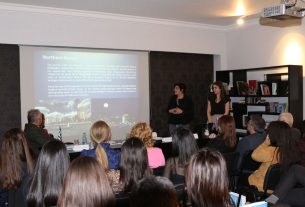 Baku hosts event on tourism potential of Greece and Azerbaijan 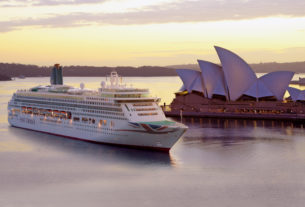