Amid losing hundreds of millions of dollars, we’ve seen little effort from the Egyptian government to convince tourists that the country is safe and open for business.
An Egyptian government official says Egypt has lost hundreds of millions of dollars since last year’s suspected bombing of a Russian plane, which crippled the country’s vital tourism industry.
South Sinai Governor Khaled Fouda was quoted by the state-run Al-Ahram daily on Friday as saying that hotel occupancy in the resort cities of Sharm el-Sheikh and Hurghada stands at less than 20 percent and that the cities lose nearly 2 billion Egyptian pounds (more than $250 million) each month.
Russia suspended all flights to Egypt and Britain halted flights to Sharm el-Sheikh after the Oct. 31 crash.
The Islamic State group claims that it planted a bomb onboard and Moscow has concluded the plane was downed by an explosive. But Egypt claims it is still investigating the cause. 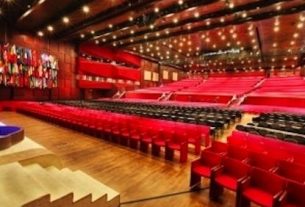 New market – AFRICA – Under Discussion at the WORLD TOURISM FORUM, the Davos of Tourism

Open letter from WTTC to Governments