The International Air Transport Association (IATA) called on the Greek government to support all efforts for a common travel protocol and promote an enhanced pre-flight COVID-19 testing program to save aviation, travel and tourism jobs in Greece. The Association also requested a framework of financial, operational and regulatory support from the government to help preserve the benefits of air connectivity for Greece and strengthen the aviation sector.

The impact of COVID-19 on air travel demand to Greece so far has been severe. IATA estimates that more than 30 million fewer passengers will fly to and from Greece in 2020, a reduction of around 61% compared to 2019. This fall will negatively impact the Greek economy by €10 billion, and it puts more than 273,000 jobs at risk. The Greek government’s response in the summer after the first lockdown was to proceed with a targeted testing of arriving passengers and remove quarantine. This resulted in Greece having a lower percentage fall in ticket sales (-58%) in July and August compared to similar tourist markets such as France (-81%), Italy (-81%), Spain (-85%) Portugal (-81%) and Cyprus (-82%).

“It’s clear that Greece saw a benefit from its testing policy in the summer. But for air travel and tourism to truly recover, two things are essential. First, Greece should look to cut the cost of testing. The current PCR test is adding a significant cost to air travel to Greece. Subsidised tests or a move to rapid antigen tests would reduce costs and stimulate demand. Second, Greece must push for EU-wide cooperation for a common travel protocol that replaces quarantine with systematic testing of passengers,” said Rafael Schvartzman, IATA’s Regional Vice President for Europe.

Testing and open borders alone is unlikely to restart the industry in time to prevent deeper job cuts. The revenues of airlines operating to and from Greece will fall by an estimated €3.7 billion in 2020. On average airlines globally are burning through cash at a rate of more than €250,000 every minute. To avoid the destruction of jobs and economic and social opportunities, a framework of financial, operational and regulatory support is required from governments until the industry can get back on its feet. A key deliverable in Greece would be the establishment of a new independent regulatory authority for civil aviation.

“Establishing an effective, independent regulator to resolve challenges concerning air traffic control, delays, capacity, airport charges and other problems has been a longstanding request of the entire aviation sector in Greece. Nevertheless, the draft law is still pending. The sooner the law is enacted, the sooner strong foundations for the future success of air connectivity for Greece can be built,” said Schvartzman.

Recent IATA research data and estimates on the impact of the pandemic on the airline industry were presented at a virtual conference Leading Greece into a New Aviation Reality organized by IATA and featuring contributions from IATA experts and speakers including Kostas Karamanlis, Minister of Infrastructure and Transport, Vassilis Kontozamanis, Deputy Minister of Health, Harry Theoharis, Minister of Tourism, Nikolaos Stathopoulos, General Secretary of Transport, Georgios Dritsakos, Governor HCAA, Christos Tsitouras, Governor CAA, Yiannis Paraschis, CEO Athens International Airport,  Eftichios Vassilakis, Chairman of AEGEAN, and Dimitrios Gerogiannis, CEO of AEGEAN. Panel discussions focused on what needs to be done to help aviation recover and the measures needed to ensure aviation continues to deliver benefits to the Greek economy and tourism. 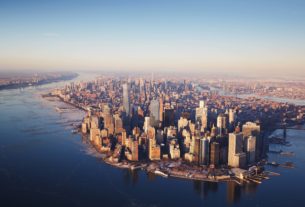 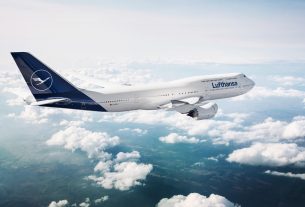 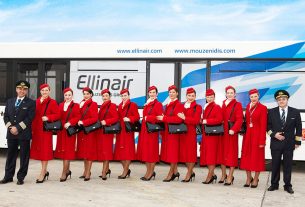