With membership now at around 1,000 the ITB Buyers Circle is entering its fifth year, a fact that underlines its all-round success. According to a recent survey, representatives from Europe, Asia, America, Africa and Australia are among the members of the international ITB Buyers Circle. Around 79 per cent are from EU countries. The second-largest group is from Asia and America. Some 50 per cent of senior buyers have been visiting ITB Berlin regularly for many years. Close to 85 per cent are expert decision-makers representing the business travel, MICE and leisure travel sectors, whose purchasing power currently ranges from 100,000 to more than 50 million euros. According to the survey, over 40 per cent of the buyers do business in the order of over 50 million euros.

The services offered by the ITB Buyers’ Circle save time and significantly improve efficiency. The ITB Buyers Circle Hospitality Lounge in Hall 9 is a new feature, offering an attractive service for buyers focused on hotel procurements. Members have the option of reserving a room for a free 25-minute time slot per day.

Among the many benefits of joining the ITB Buyers Circle are a free ticket to the show and fast lane admission at the entrances, from 8.30 a.m. if required. The ITB Buyers Circle Lounge allows the members of this exclusive circle to retreat to the Marshall Haus, where they can take advantage of free wi-fi and separate meeting rooms, and the opportunity to network at length in a relaxing atmosphere. Once again, the chance exists for buyers and exhibitors to establish new contacts at the ITB Speed Networking event on Thursday (European Day) and Friday (International Day). Pre-registration was required. Due to high demand, this year the events will be taking place on Level B in the CityCube from 9 to 10 a.m. respectively.

Members of the Buyers Circle can also take advantage of a number of transportation arrangements, such as the Europcar shuttle service which is free of charge. For buyers, a return ticket to the event is also available from Deutsche Bahn. Benefits for the ITB Buyers Circle also include free admission to ITB Asia in October 2016 in Singapore.

The ITB Buyers Circle targets product managers and buyers involved at operational level in small and medium-sized enterprises and larger companies in the global travel industry. Members are accepted following an application and the checking of documents submitted. More details and application forms are available online at www.itbbuyerscircle.com. Applications for the ITB Buyers Circle 2017 will be accepted as of November 2016.

ITB Berlin 2016 will take place from Wednesday to Sunday, 9 to 13 March. From Wednesday to Friday ITB Berlin is open to trade visitors only. Parallel with the show the ITB Berlin Convention, the largest event of its kind, will be held from Wednesday, 9 to Saturday, 12 March 2016. More details are available at http://www.itb-convention.com. ITB Berlin is the global travel industry’s leading trade show. In 2015 a total of 10,096 companies and organisations from 186 countries exhibited their products and services to 175,000 visitors, who included 115,000 trade visitors. 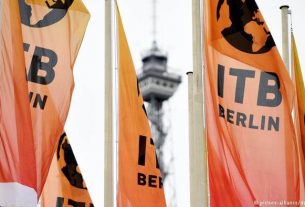 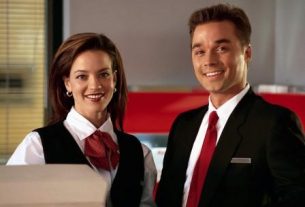 WTTC: Coronavirus puts up to 50 million Travel and Tourism jobs at risk