TUI is proceeding with the renewal and modernisation of its Europe-wide aircraft fleet. The objective of upgrading the fleet is to make flights more economical, cost-efficient and environmentally-efficient.

Since 2013, TUI has ordered a total of 70 Boeing 737 MAX aircraft which are intended to replace aircraft currently in service. This type of aircraft is particularly cost-saving and emission-efficient. 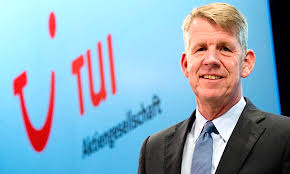 The first aircraft arrives tomorrow with the transfer of a Boeing 737 MAX 8 from Seattle/USA. It will be operated by TUI’s subsidiary TUI fly Belgium. The transfer is made today at Boeing in Seattle. After a stopover in Iceland, the flight will land tomorrow in the morning in Brussels. The CEO of the TUI Group, Fritz Joussen, is going to receive the latest aircraft at the airport in Brussels.

By the end of 2018, a total of nine 737 MAX 8 will be delivered to the airlines of TUI Group. These aircraft will be operated by TUI in Belgium, Sweden, the United Kingdom and the Netherlands. The first 737 MAX for TUI fly Germany is scheduled to be delivered in early 2019. TUI Group has ordered 70 new aircraft in total to renew its narrow-body aircraft fleet by 2023 according to the current planning.

After delivery of the first aircraft to TUI fly Belgium, there are 51 additional orders of the 737 MAX 8 and 18 orders for the 737 MAX 10. TUI was the first European operator to select the latest and largest member of the 737 MAX family of airplanes. The TUI Group owns six European airlines in Germany, UK, the Netherlands, Belgium, Sweden and France. The TUI Airlines operate a fleet of 150 aircraft.

The TUI Group has set itself the goal of operating Europe’s carbon-efficient airlines by 2020. The TUI airlines in the UK and Germany are already ranked first and third in the current Atmosfair overall rankings of the most climate-efficient airlines.

2017 was another very good year for TUI Group. In the period under review, TUI increased its underlying EBITA by 12.0 per cent1, with turnover up 11.7 per cent1. Despite a challenging market environment, TUI again outperformed its guidance of delivering at least ten per cent growth in underlying EBITA. “For the third consecutive year, we have delivered double-digit growth in our operating result. More than half of our earnings are delivered by TUI’s hotel and cruise companies. Our successful strategic realignment is also clearly reflected in our set of results. Thanks to the strong growth of our hotel and cruise brands, TUI now delivers stronger margins and is less seasonal. Our business profile is now much more evenly structured across the entire year. The clear focus on investments in high-margin hotels and ships was the core of the strategy for the new TUI following the merger in 2014,” said TUI CEO Fritz Joussen at the presentation of the results for financial year 2017 (1 October 2016 to 30 September 2017) in London. Customers, shareholders and employees benefit from TUI’s new strategic positioning and financial strength. “We are investing in new hotels and modern cruise ships. And we pay an attractive dividend to our shareholders. We are seeking to continue this path,” said Joussen.

TUI Group is the world’s number one integrated tourism group operating in around 180 destinations worldwide. The company is domiciled in Germany. The TUI Group’s share is listed in the FTSE 100 index, the leading index of the London Stock Exchange and in the German open market. In financial year 2017, the TUI Group recorded turnover of €18.5bn and an operating result of €1.121bn. The Group employs 67,000 people in more than 100 countries. TUI offers its more than 20 million customers comprehensive services from a single source. It covers the entire tourism value chain under one roof. This comprises around 330 Group-owned hotels and resorts with premium brands such as RIU and Robinson and a fleet of cruise ships ranging from the MS Europa and MS Europa 2 luxury class vessels to the “Mein Schiff” fleet of TUI Cruises and the vessels of Marella Cruises in the UK. Furthermore, TUI features leading tour operator brands, 1,600 travel agencies in Europe and six airlines with around 150 modern medium and long-haul aircraft. Global responsibility for sustainable economic, ecological and social activity is a key feature of our corporate culture. TUI Care Foundation supports the positive impacts of tourism. It initiates projects creating opportunities for the next generation and contributing to a positive development of the holiday destinations. Further information is available at www.tuigroup.com. 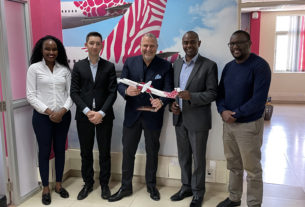 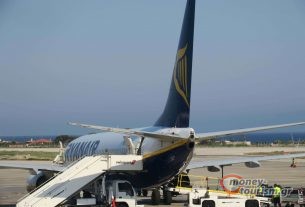 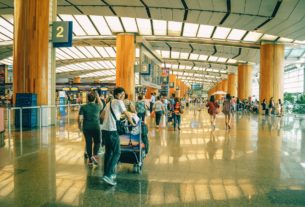