The report, released this week, does show a drop in confidence from the 84.5% that predicted a banner year for cruising in the last quarter, but travel agents are still bullish on cruises. More than two-thirds of the 150 agents surveyed said they expect higher sales in 2016 and more than 20% expect their sales to grow more than 10%.

One agent who took the survey, Lisa Gardner of 3A-Travel Agency of Farmingdale, NY, believes “the tremendous decrease in gas prices has afforded clients the ability to have more ‘fun’ money, and they are booking more trips.”

Among the positive trends cited by the travel professionals with whom we spoke are:

Growth in first-time cruisers
The cruise industry is attracting more new clients than ever, as Millennials and others take to the seas for the first time. According to the survey, 23% of cruise clients are first-timers.

Heading for the river
An increase in interest in river cruises is expected to lead to more profits. More than 60% of survey respondents said river cruises have the most potential for growth in 2016—though those expectations may be lowered because of the European political climate.

“We’re still having a very good year so far with our river cruise sales, but there is no question that world events have dampened demand a bit,”said Gary Smith, franchise owner of Dream Vacations in Springfield, OR.

Staying close to home
While Europe may seem a little frightening to some, though, clients still seem determined to travel—they are just more likely to choose domestic ports. Almost three-quarters of agents said Alaska bookings have increased, and half said the same about Caribbean, Bermuda, and Mexican sailings. A third said cruises to Hawaii, the Panama Canal, and Canada and New England have increased.

And it’s not only mass-market cruises that are seeing a shift towards domestic sailings.

“There is more demand for and capacity in Alaska this summer than in the past couple of years,” said Roy Ramsey, director of operations at Betty Maclean Travel in Naples, FL. “Our clients do want to cruise Alaska—but on the luxury ships, not the huge mass market ships.”

New ships add excitement to the mix
Smith and Ramsey both said agents also are benefiting from the debut of a handful of new entries -in particular, the Anthem of the Seas and the Norwegian Escape- that are creating a buzz. “Both are solid hits with our clients,” Smith said.

Ramsey said his luxury clients also are being drawn to the new Regent Explorer, which makes its debut in July, and the Seabourn Encore.

And more new ships are on the horizon -some the most impressive the industry has ever seen- as Holland America’s Koningsdam, Royal Caribbean’s Ovation of the Seas, Carnival’s Vista, and the first ocean liner from Viking, the Viking Sea, are all set to hit the seas this year. 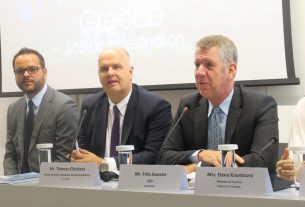 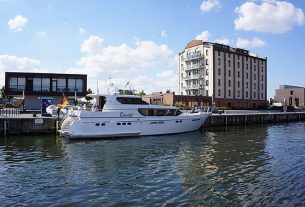