The Wave Awards are awarded each year at a special London ceremony with the vote of professional and qualified writers on marine tourism. Greece was first qualified in the category “Best Destination (Port or Country)” and won the 1st prize.

Our country, distinguished for the 2nd consecutive year and the public awards, as the 2nd most favorite cruise destination worldwide – “Favorite Cruise Destination”.

The prizes were received by the Head of the GNTO Office of Great Britain & Ireland, Mrs Emmy Anagnostopoulou.

At the end of the event, the winners of the awards and the participants were photographed against the backdrop of Santorini at the official photo booth of the Wave Awards to honor Greece’s new distinctions. 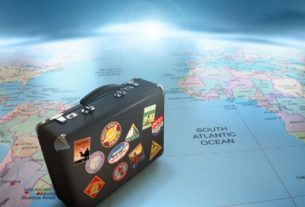 Tourism in Europe for the Next Decade: Council adopts conclusions