Greek summer is upon us once again and the crises Greece faces seem to be on everyone’s mind, as well as how they will impact people’s decision to visit the country this year.
While certain scenarios are true for different islands and regions, Greek tourism as a whole seems to be hotting record numbers this year. The Guardian called it a “miracle” that tourism numbers were increasing steadily in Athens and certain islands were experiencing increased advanced bookings over previous years.

One sector that interests many people is the luxury tourism market and primarily the North American market, which tends to spend more money in Greece and utilize hotel and other services more than others from Europe or Russia.

We caught up with Chronis Griveas, a seasoned tourism and hotel executive and Chief Executive Officer of the famed Astir Palace in Vouliagmeni, outside Athens, to discuss how his hotel was performing and how he believed Greek tourism, in general, would perform this year.

PP: The crisis and its impact on tourism is on everyone’s mind. Has the years-long financial crisis impacted the Astir Palace over the years? And what’s the outlook for this season?

CG: We did not fall victim to the crisis and race to the bottom for rates. Instead we decided to keep our rates the same and offer additional services, be more resourceful and innovative. As a result our average daily rate has increased by 15% during the recession.

Astir has started strong this year and our marketing campaign is bearing fruit. Right now we are up by nearly 35% in business activity year on year and our pace is positive.

PP: Just a question out of curiosity— you cater mostly to an international crowd. What are the percentages of Americans, let’s say, versus other Europeans? And how does a hotel of this size and scope cater to the nuances of so many different types of people from so many different parts of the world? From food habits, to sleeping habits, to service in general.

CG: Historically, North America is a very solid part of the world for reservations; it is actually our top producer of overnights over any other international market and accounts for nearly 20% of our guests. Astir Palace is a highly recognized hotel brand and it has been valued for decades, especially amongst Greek Americans.

We see many high level dignitaries, political figures and celebrities finding their way to Astir Palace every summer. Surely, we receive a number of special requests but our team is experienced and well prepared to accommodate them. Over the past 6 decades Astir has developed a warm culture that is appealing to our high volumes of repeat guests.

PP: You walk every day into a historic place that for decades has hosted some of the world’s most famous people who sneak away into a bungalow or sea front suite to become one with this unspoiled corner of Greece. Can you share some anecdotes about some the people the Astir Palace has hosted over the years? Any interesting stories or “Astir secrets” you can tell us?

CG: Astir has been serving as a sanctuary for the rich & famous, and influential world leaders since 1959, and continues to be their choice even today. Many personalities have called Astir their home during the summers while others have actually lived in the property for years. This is not only because of the beauty and service the hotel offers, but because our team members are discreet, pay careful attention to the personal requests of people, and the property is safe and free from paparazzi.

This enables our prestigious guests to unwind and enjoy the simple pleasures of life and spend quality time with their families. In other cases, they are able to blend business and pleasure by holding high level closed-door meetings with signifying world leaders and make decisions that will impact the world from the comfort of their own cabanas overlooking the sea.

Legendary people from the pages of history like Frank Sinatra, John Wayne, Anthony Quinn, Brigitte Bardot as well as many heads of states, such as Nelson Mandela, Michael Gorbachev to many modern day celebrities from the music, fashion and sports industries.

This fact has been the inspiration behind our new marketing campaign which attempts to depict the legacy this place carries for decades. The short films were launched in March and have gone viral since.

PP:  The Astir has undergone a rebranding this year and you’ve interestingly included the words Athens Riviera on your logo. Can you tell me a bit about this and why the concept of an Athenian Riviera is starting to unfold along Athens’ coastal towns, especially in Vouliagmeni?

CG: I love the French Riviera but the coastline of Athens is just incredible, a diamond in the rough that it is currently being polished. It is a project in the making and its potential is enormous.

Real estate in the region has exploded in recent years and a number of hotels were converted to facilitate the increasing number of visitors. Zoning restrictions and strict laws will hopefully protect the Athenian Riviera from overexploitation and disordered development.

I made a reference on the term Athenian Riviera during an interview with CNN a few years ago and I received feedback from dozens of people that they loved it. The rest is history. Astir is the first property in the region that is formally marketing it as Athenian Riviera.

PP: Many people have called Vouliagmeni, and particularly the peninsula where the Astir Palace is located, “sacred” and “special” land. The very presence of the Temple of Apollo at Astir Beach speaks volumes for the land and the reasons why the ancients, who knew and understood concepts of energy and light, chose this spot. Have you experienced this special force that so many people who visit the Astir Palace have spoken about? What is it that makes this place special, beyond the beauty and the hospitality that the hotel offers?

CG: I could not agree with you more. I am pretty convinced that the natural light in Greece is different, it is special. Under the light of the sun, the vibrant colors of Greece become so pure and clear, and objects look like they are alive. In one of Astir’s beaches one can find the temple of Apollo, and 2,500 thousand year old temple built to worship the ancient god Apollo. If you have the opportunity to stand next to it at sunset, you will be mesmerized. We diligently do try to offer our guests the opportunity to hold the warmth of the Greek culture, the flavors of Greek cuisine, and the richness of Greek history in the palm of their hands. At Astir, we don’t just sell accommodation to guests; we build memorable experiences that last a lifetime. 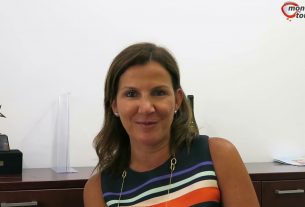 Roula Jouny: We are looking for deals in Greece. New hotels coming up… 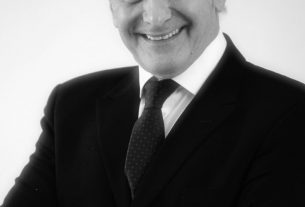 George A. Barboutis talks about the Revival of the ancient wonder of Colossus