As in previous years international tourism continues to grow in 2019, though not quite as strongly as before. During the first eight months of this year outbound trips increased worldwide by 3.9 per cent, one percentage point below 2018.

This year, Asia again recorded the highest growth in international travel, while Latin America saw a decline. Overall, the first trend analyses of IPK’s World Travel Monitor® indicate outbound travel will continue to grow also in 2020. The World Travel Monitor® is based on the results of representative interviews with more than 500,000 people in over 60 countries worldwide. It has been compiled for more than 20 years and is recognized as the most widescale continuous survey of global travel trends.

Interest in Asia as a travel destination likewise shows an upward trend. With a six per cent increase in visitors during the first eight months, it recorded higher growth than any other region in the world. Trips to Europe are popular too, with a global visitor growth by 3.5 per cent, whereas trips to America only rose by two per cent.

During the first eight months of 2019, holiday trips increased globally by four per cent, while business travel stagnated. However, this reflects two divergent trends. ”On the one hand we have the still-expanding MICE travel market, which during the first eight months grew by two per cent, and in contrast the traditional business travel, which shrank by four per cent over the same period“, said Rolf Freitag, CEO of IPK International.

After moderate increases last year, city breaks came back with strong growth with eight per cent during the first eight months of 2019. With a global market share of close to 30 per cent now, city breaks rank only slightly behind sun and beach holidays, which recorded a two per cent rise during the first eight months. As well as round trips, which increased by three per cent, the cruise market expanded too. Compared with last year its growth by six per cent and therefore above average.

Asked about the terror threat of individual destinations, the majority of global outbound travellers still rank destinations like Israel, Turkey, Egypt, Jordan and Tunisia as particularly unsafe. The possibility of terror in these countries is seen as very high. With regard to safety, the USA, Mexico, South Africa and France also have a poor image. In contrast, travel destinations like, Scandinavia, Switzerland, Austria, Ireland, Portugal as well as Australia and Canada are perceived as safe, where the terror threat is seen as low, according to the latest findings from September of this year.

Despite political and economic instability around the world, the data on travel intentions collected by IPK International points to a positive outlook for next year: For the global outbound travel market IPK forecasts for 2020 a plus of four per cent. Outbound trips by Asians are expected to record the highest growth with five per cent. For the European outbound trips a growth rate of three to four per cent will be expected and for the Americans of three per cent. These forecasts are based on the findings of the “World Travel Confidence Index” of IPK International, which as part of World Travel Monitor® polls people’s travel intentions for the next 12 months.

Further conclusive results showing 2019 travel trends will be published in future press releases. Rolf Freitag, CEO of IPK International, will present the final findings of the World Travel Monitor® for 2019 at the ITB Future Day of the ITB Berlin Convention along with forecasts for 2020.

ITB Berlin 2020 will be taking place from Wednesday, 4 to Sunday, 8 March, and from Wednesday to Friday will be open to trade visitors only. ITB Berlin is the World’s Leading Travel Trade Show.

In 2019 a total of 10,000 companies and organisations from 181 countries exhibited their products and services to around 160,000 visitors, including 113.500 trade visitors. Parallel with the show the ITB Berlin Convention, the largest event of its kind, will be held from Wednesday, 4 to Saturday, 7 March 2020. Admission to the ITB Berlin Convention is free for trade visitors and exhibitors. 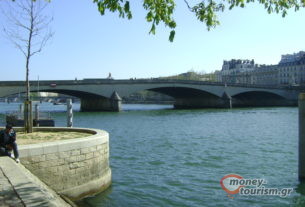 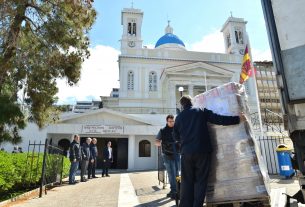 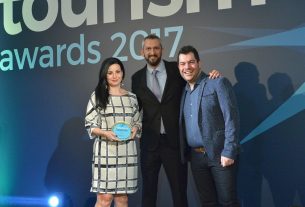