After moderate growth rates of five per cent in 2017, Asia is picking up again with an increase of eight per cent in the first eight months of the year.

A key growth driver has been travel within Asia, which outperforms all other regions and increased by ten per cent. The outlook for 2019 remains positive, but is suggesting a slow-down in growth compared to 2018 so far. These are some of the key results of the first trend analysis of the World Travel Monitor®, conducted by IPK International and commissioned by ITB Berlin.

Uplift from Asia with strong growth

Outbound trips from Asia increased by eight per cent between January and August 2018 according to the World Travel Monitor® figures. After moderate growth in 2017 of five per cent, there has been an uplift again resulting in Asia being one of the key contributors to the worldwide increase of six per cent. “Asia is once again showing very strong growth rates after rather moderate increases in 2017. A key contributor to the growth is China, with 13 per cent more outbound trips compared to the same period last year,” stated Rolf Freitag, CEO of IPK International.

Travel within Asia has been a key contributor to the overall strong growth rates of Asian outbound travel with an increase of ten per cent. The strong increases of Asian travel to Europe last year weakened slightly and Europe received four per cent more Asian visitors. Converse to the overall stagnating trend, Spain was one of the most preferred European destinations and received 14 per cent more Asian visitors. The situation is similar for the UK, which – despite overall decreasing visitor numbers – registered a plus of eight per cent from Asia. The Americas suffered a loss and recorded one per cent less Asian arrivals. This is an extension of last year’s trend, were the Americas were also underperforming.

Looking at international travel to Asia, 2018 so far has been a very positive year with eight per cent more visitors to the region according to World Travel Monitor® figures. Some of the destinations that show strong increases in the first eight month of the year include typical holiday destinations such as Thailand, Vietnam, Malaysia, Cambodia and Laos.

In line with the rest of the world, holidays are the key contributor for the growth in outbound travel, and increased by ten per cent in Asia between January and August this year. Business and trips to visits family and relatives (VFR trips) on the other hand were clearly underperforming in comparison with growth rates of two per cent each.

City trips, the most preferred holiday type of Asians with a market share of around one third, grew by a further ten per cent over the first eight month. Even stronger increases were seen for Sun & Beach holidays, the second most important segment for Asian Outbound travel, which increased by 15 per cent. However, tour holidays are decreasing with two per cent less trips. These trends are a continuation of last year’s developments where growth rates within the holiday segment have been quite similar. The average length of Asian outbound trips was 5.6 nights and therefore decreased slightly compared to last year. One reason for this development was the shift from Tour holidays, which tend to be longer, to more city trips and Sun & Beach holidays. The average spending of around 1650 Euro per trip was stable

In terms of booking sites, booking via the internet remains most popular and increased by a further eleven per cent. However, travel agencies also managed to gain five per cent, after decreases in the same period last year. Moreover, direct bookings at hotel and transport carrier increased notably, leading to an overall increase of pre-booked trips of nine per cent.

Dr. Martin Buck, senior vice president, Travel & Logistics at Messe Berlin: ”The statistics of the World Travel Monitor® are impressive proof that in recent years Asia has gradually become the most important driving force in the international tourism market. Against this positive backdrop, ITB together with ITB Asia in Singapore and ITB China has once again demonstrated its ability to recognize growth-intensive markets. Our trade fairs are ideally positioned on the market and in touch with both current and future travel trends. Malaysia, the Official Partner Country of ITB Berlin 2019, has also impressively developed its tourism products.”

Slower growth to be expected for 2019

The forecast for Asian outbound travel in 2019 is positive and with six per cent on par with the worldwide forecast. Compared to the so far developments in 2018 so far, a slower growth rate can be expected in the next twelve months. One of the reasons is an expected stagnation of the Japanses market. These forecasts are based on IPK’s World Travel Confidence Index, which surveys the travel intentions for the next 12 months.

Additional information on specific topics regarding World Travel Monitor® data from IPK International will be published soon by ITB Berlin. Conclusive travel trend findings for 2018 will also be presented by the end of the year.

Rolf Freitag, CEO of IPK International, will present the findings of the World Travel Monitor® for 2018 at the ITB Future Day during the ITB Berlin Convention as well as forecasts for 2019. The World Travel Monitor® is based on the results of representative interviews with more than 500,000 people in over 60 global travel markets. It has been published for more than 20 years and is recognised as the most widescale continuous survey of global travel trends. 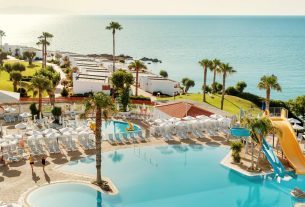 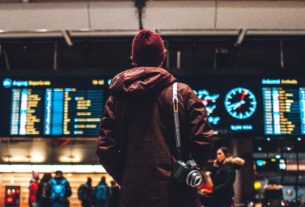