Greece may be in financial turmoil but tourists have showed their continued preference to the country overlooking the negative attention that has been attracted. Tunisia suffered the worst terrorist attack in recent history; Egypt hoped for modest growth this year but the Sinai plane crash reversed that. Turkey experiences a slowdown this year for the first time in the last three decades whilst tourist arrivals in Spain hit a new record high in the first eight months of 2015.

Key intra-European markets such as UK, Germany, France and Italy continue to boost tourism demand within the region. This season we witnessed a noticeable growth from the UK market since the British gained from the strength of the pound against the euro for travel to Eurozone destinations.

Greece The Greek tourism sector has achieved double digit growth numbers in the last 3 years and survived the 2016 summer season with its tourism industry relatively unscathed. Even with being on the brink of exiting the Eurozone and despite the negative headlines concerning the closing of banks, Greece emerged as popular a destination as ever. Capital controls, the refugee influx and general political instability didn’t prevent tourists from visiting Greece which aims to break another record for arrivals. There was no change in booking behavior because people knew that the crisis was in the financial system but that in all the holiday resorts everything was working as usual. Greece is secure and people preferred security especially following the terror attacks elsewhere.

Egypt Hit by political and economic upheaval since the 2011-2012, Egypt’s tourism sector had been set to grow this year with Egypt pinning its tourism strategy on the Red Sea resorts as tourists started to return after more than four years of turmoil had been driving them away. Until the recent plane crash Egypt had managed to attract more visitors despite the uncertainty. After the Metrojet flight to St Petersburg from Sharm el-Sheikh was attacked in October, all flights to Sharm were cancelled for a week. EasyJet has cancelled all flights to and from Sharm el Sheikh until 29 February 2016. Monarch Airlines has also extended its cancellation of all flights to and from the Egyptian resort of Sharm el-Sheikh and services will not resume before 24 January 2016 at the earliest. Sharm el-Sheikh’s hotels have seen occupancy rates drop since the crash, 80% of reservations have been cancelled and all this came at the commencement of the region’s winter holiday season.

Spain Without a doubt the 2015 season winner is Spain, which beat last year’s record of 65 million visitors. In October alone, 6.5 million tourists visited Spain, a 10% growth vs. October 2014. The Spanish tourist industry is looking forward to seeing the final end of year figures, which are widely expected to be record-breaking as many holidaymakers preferred Spain over the rest of the summer Med holiday destinations, but Spain also expects to see an increase in arrivals over the Christmas period as visitors reallocate from Egypt and Turkey. Spain is the Med’s sub region top destination and ranks high in the World ranking along with France, the United States, and China as it continues to be one of the top ranking destinations in the world for arrivals and receipts.

Turkey The Turkish tourism industry has already suffered from a difficult 2015 marked by political instability and regional violence and will be further affected by the Russian jet crisis. For many years, millions of Russian tourists have been the primary source of tourism revenue for Turkey. In 2014 alone, 4.48 million Russian tourists visited Turkey, a figure almost doubled from 2009 when it was 2.7 million. Turkey’s southeastern provinces, which enjoyed glory days are now facing a big decline in the number of visitors, with less tours heading to the region over security concerns. Turkey’s most popular resort Antalya and surrounding area recorded a 4% drop in occupancy in October 2015 to 57.7% vs. 60.1% in October 2014. Following the rising tensions between Turkey and Russia, more drops are expected. On the other hand, prior to the jet crisis, a decrease in numbers following numerous consecutive years of strong growth was not overly worrying. Turkish Tourism had hit an all-time peak, and it is reasonable at some point to record a small slowdown. Turkey ranks 6th in the World ranking of Tourist arrivals and 12th in receipts.

Tunisia Thousands of planned trips to Tunisia were cancelled by Europeans horrified at the scenes of the terror attack in Sousse, just three months after the attack at the Bardo National Museum in the capital city of Tunis. The attacks had a major impact on holiday plans to Tunisia. For the rest of the summer 2016 season all big European Tour Operators who send the bulk of western visitors to Tunisia were offering alternative destinations, namely Greece, Turkey, Croatia and Spain.

Med countries encountering problems will need to re-establish their strong position in the global holiday travel market. Tourism industries can recover more quickly than one might expect.

Let’s look at the case of Egypt, where tourism numbers were raised again following the immediate post-Arab spring tumult in 2012 and 2013. The shock of terrorist attacks certainly remains, but the tourism industry and holidaymakers have apparently become more elastic in the wake of these events.

As stated in Deloitte’s 2015 Travel and Tourism competitiveness report for the World Economic Forum, the pace at which the hotel industry recovers after political unrest or a violent event has “shortened significantly” over the last 15 years. 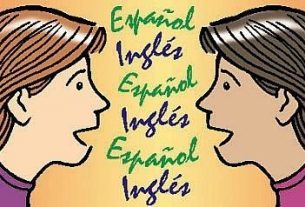 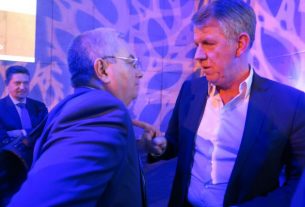 What the “tourist” saw in Berlin and Moscow.

Millennials Change the Travel Market, As Other Generations Follow Their Lead