A “robust” forecast for European travel is expected to drive hotel trading but revenue growth will remain weaker after an exceptional 2015, according to PwC’s latest European hotels forecast.

City trips remain a top travel growth segment and strong demand and weak supply growth meant many hoteliers enjoyed a remarkable year in 2015 and will continue to do so in 2016.

The majority of cities included in the forecast, except Brussels and Milan, are expected to achieve revenue growth in 2016 and almost all cities should see additional growth in 2017 – with the exception of Geneva and Rome.

Growth is being driven by a combination of average daily rate (ADR) and occupancy growth.

Rome should see very high occupancy and ADR growth this year with the draw of the Holy Year propelling Rome’s revpar with an expected 25 million visitors and pilgrims, however, this creates difficult comparatives for 2017.

In many top performing cities like London, Dublin, Edinburgh or Amsterdam which operate at high occupancy levels, it is ADR driving the most growth, according to PwC.

Most cities, except Geneva and Zurich, see further ADR growth, although “quite marginal” for Brussels and Moscow.

Liz Hall, head of hospitality and leisure research at PwC, said: “The results overall are very impressive. Many of the cities featured are mature gateway cities and global leaders in trading performance.

“The growth also reflects the continued search for safer and good value destinations as the turmoil in North Africa continues.

“Growth in the travel and hospitality sector is expected to continue to outpace the wider economy, all helped by the weak euro. So far European travellers have only seen modest air fair price reductions as a result of the fall in oil prices – 2016 could herald even better news.”

But above average supply growth continues and could potentially inflict challenges for existing hoteliers.

Hall said: “The high level of new supply could cause a headache for hoteliers in the capital.

“London seems to soak up new supply but competition is very much a local issue.

“The budget boom continues with around 3,000 new rooms in the budget category – on top of the 3,700 new budget rooms which opened in 2014 and 2015 – and budget rooms comprise about 20% of all rooms in London and 33% of the rooms in the active pipeline. That’s a lot of budget rooms to fill.” 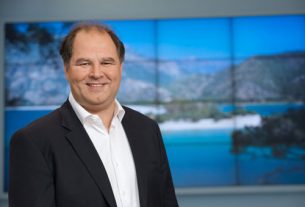 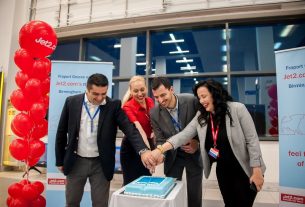 New connections for the 2018 summer season at 14 Greek airports