On Monday, May 25th, the Riu Plaza Berlin (Germany) and the Riu Plaza Guadalajara (Mexico), the first hotels in the hotel chain, will open after all of their facilities have been completely closed in March due to the crisis caused by the corona virus will resume.

These two hotels will also be the first to use the security protocols included in the RIU Post-COVID Hotel Guide , which offer guests and employees the greatest possible protection.

The 4 star Hotel Riu Plaza Berlin has 357 rooms and was inaugurated in 2015. It impresses with its excellent location near the Ku’Damm and the most important embassies in the world as well as the historical center of Berlin. The reopening takes place shortly before Pentecost holidays, which are often used in Germany and neighboring countries for travel.

The Riu Plaza Guadalajara Hotel opened in 2011 in one of the best areas of the city on López Mateos Avenue, an artery connected to Expo Guadalajara, the industrial areas and the historic center. The 4 star hotel offers 550 rooms as well as a large conference center with 16 rooms. Guadalajara is the capital of the state of Jalisco and the second most important city in Mexico. Cultural heritage and active economic and social life attract thousands of visitors every year.

The employees of the Hotels Riu Plaza Berlin and Riu Plaza Guadalajara are resuming their work with great responsibility as the first RIU teams to implement the 17 Post – COVID protocols created by the hotel chain in cooperation with the consulting company Preverisk. These establish the necessary safety and hygiene measures to offer guests and employees maximum safety and protection in the first phase of the reopening. These logs contain detailed action measures for daily operations so that every employee knows how to behave, from the start of work to the execution of his daily tasks to the end of work.

RIU has created a specific training program for the introduction of the new safety, hygiene and action protocols in all hotels with a view to the gradual reopening of its facilities. The measures are meticulous and strict, including a limited hotel occupancy of 50% or 60% (with the exception of more restrictive legal provisions) in order to offer guests and employees security and light-heartedness and are relaxed according to new regulations by the health authorities. 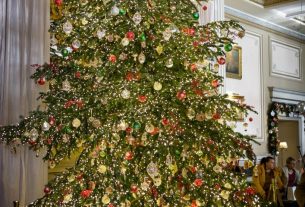 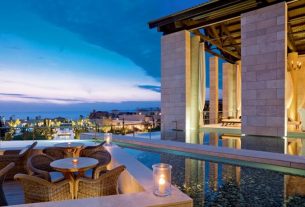 An authentic experience of Greek Easter celebrations at Costa Navarino