Ryanair launched its Greek Winter 2019 schedule, with 12 new routes (connecting 10 countries) including exciting connections such as Athens to Barcelona and Madrid, and Thessaloniki to Copenhagen, with 55 routes in total, which will deliver 5.6m customers p.a. and support over 4,200* jobs at Ryanair’s Greek airports this year.

Greek consumers and visitors can now book their holidays as far out as March 2020, enjoying even lower fares and Ryanair’s 2019 customer care improvements, including:

To celebrate, Ryanair has launched a seat sale on its European network with fares available from just €16.99, for travel in April and May, which must be booked by midnight Sunday (10 Mar), only on the Ryanair.com website.

Ryanair’s David O’Brien said:“Ryanair is pleased to launch its Greek Winter 2019 schedule, with 12 new routes and 55 routes in total, delivering 5.6 million customers through our Greek airports next year. Greek customers and visitors can book our Winter 2019 low fare seats from today, so there’s never been a better time to book a low fare flight with Ryanair.” 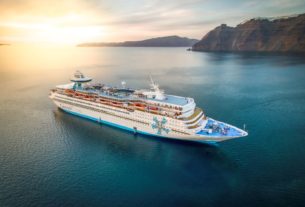 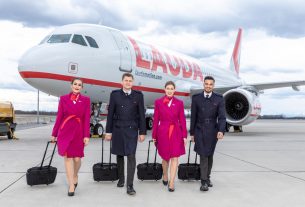 Visit VIENNA, the most livable city on the planet, with Laudamotion