Scoot launched sales to four new cities in China – Wuhan, Changsha, Kunming and Fuzhou – with a limited period promotion to 5 May 2019 on FlyScoot.com.

With the addition of the four new cities, Scoot, one of the largest foreign low-cost carriers operating in China, will cover 23 mainland Chinese cities, with more than 100 flights to China weekly. These routes were transferred from sister airline SilkAir to better meet customer demand.

Mr Lee Lik Hsin, Scoot’s Chief Executive Officer, said, “The addition of the four new cities – Wuhan, Changsha, Kunming and Fuzhou – not only strengthens our China network, but also offers more unconventional options for travellers for a short getaway, at affordable prices. These four destinations are each on their own, a gateway to rich Chinese history and nature and we are confident that they will appeal to a wide variety of travellers.”

Wuhan, the capital city of Hubei province, is one of China’s largest cities comprising of three ancient towns – Wuchang, Hankou and Hanyang. Besides being the transportation hub and key economic, political, financial and cultural centre of central China, it also has beautiful attractions such as the Yellow Crane Tower, Guiyuan Temple and East Lake. Wuhan University campus is also an alternative destination for travellers on a hunt for cherry blossoms.

Three-times-weekly flights to Wuhan, operated with Scoot’s Boeing 787 Dreamliner aircraft, are slated to commence on 22 May 2019, going up to a daily frequency from 1 June 2019 onwards.

Changsha is the capital city of Hunan Province. An ancient city with rich historical heritage, it boasts attractions such as Mount Yuelu, Mawangdui Han Tombs, Orange Isle, and

Four-times-weekly flights to Changsha, operated with Scoot’s Airbus A320 aircraft, are slated to commence on 20 June 2019, going up to five times weekly from 16 July 2019 onwards.

Kunming is the capital of and largest city in Yunnan province, also known as “The City of Eternal Spring”, with its pleasant climate and flowers blooming throughout the year. The city is renowned for its breathtaking natural landscape, with popular destinations being the Yunnan Stone Forest, Dianchi Lake, Kunming Green Lake Park, Xishan Mountains and the Buddhist Bamboo Temple.

Four-times-weekly flights to Kunming, operated with Scoot’s A320 aircraft, are slated to commence on 25 June 2019, going up to six times weekly from 24 July 2019 onwards.

Named after a mountain situated in the north called Mount Fu, Fuzhou means “prosperous city” in Chinese. This capital of Fujian province is a historic and cultural city that is home to attractions such as Wuyi Mountain, Drum Hill, Yushan Mountain, West Lake Park, and Hualin Temple.

Three-times-weekly flights to Fuzhou, operated with Scoot’s A320 aircraft, are slated to commence on 5 July 2019, going up to four times weekly from 29 July 2019 onwards.

Scoot is the low-cost arm of the Singapore Airlines Group. Scoot took to the skies in June 2012 and merged with Tigerair Singapore in July 2017, retaining the Scoot brand and positioning it well for a new chapter of growth. Scoot has carried over sixty million guests and now has a fleet of 18 state of the art, widebody Boeing 787 Dreamliners and 29 young and modern Airbus A320 family aircraft, with four more Boeing 787 Dreamliners and 37 Airbus A320neo aircraft on order.

Scoot’s network presently encompasses 67 destinations across 19 countries and territories, with 15 more destinations from China, India, Indonesia and Malaysia, to join the network by the second half of 2020.

Scoot provides – in addition to fantastic value airfares – a safe, reliable and contemporary travel experience with a unique attitude – Scootitude. Offering amenities including on-board Wi-Fi Internet connectivity and in-seat power on selected flights as well as the ability to redeem and accrue Singapore Airlines Group KrisFlyer miles, Scoot was voted 2015, 2016, 2017 and 2018 Best Low Cost Airline (Asia/Pacific) by AirlineRatings.com and ranked in the Top 10 of the World’s Best Low-Cost Airlines in 2015 and 2018 by Skytrax. Scoot is passionate about making travel attainable for all and enabling people to embrace the full potential of what we term Wandermust – the innate need that humans have to travel and seek new experiences. 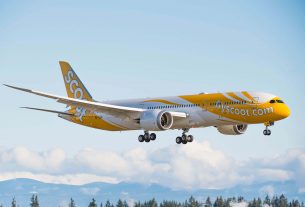 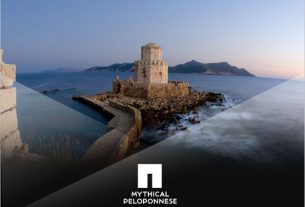 The Peloponnese in Greece is the best place in Europe to visit in 2016, says Lonely Planet