EasyJet founder Sir Stelios Haji-Ioannou has threatened legal action in his dispute with the budget airline over its dividend policy.

Sir Stelios, who holds a 34% stake in the carrier with is family, wants the ratio of profits paid out as dividends increased from 40% to 50%.

This would deliver to him an extra £18.6 million windfall, and an estimated total of £93.1 million, according to reports.

The airline has paid out £988 million to all shareholders in dividends over the past five years.

Sir Stelios yesterday accused the airline of briefing against him, saying this “will no longer be tolerated”.

He claims there have been reports his family have been “stealing dividend payments”, which he says are owed to them for the risks taken in setting up the business.

Sir Stelios added that his family investment firm easyGroup “will be considering its options and reserves the right to sue”.

“Malicious allegations along these lines are intensely dangerous for the future of a shareholding democracy as well as the family’s good name,” he said ahead of easyJet’s annual general meeting tomorrow (Thursday).

EasyGroup wil use part of its stake in the airline to vote against chairman John Barton’s re-election.

Sir Stelios said: “It is not easyGroup’s intention to remove John Barton, whose performance to date has been highly satisfactory, however, directors will need vigilance against a background of a 23% share price deterioration from its peak reached in the last 52 weeks.

“This despite the collapse in the oil price – previously a third of the cost base – thereby begging the question of market confidence in easyJet’s ability to maintain margins at previous levels and further raising doubts about its ability to avoid another period of unprofitable growth.”

He also said: “In the last five years, the easyJet board’s scattergun approach has meant a haphazard mixture of ordinary and special dividend payments that has left investors confused and uncertain as to the company’s intentions when rewarding shareholders.

“This is clear from the company’s share price performance. In the last 24 months while the Ryanair share price has soared 87%, easyJet has stagnated, falling 12%.

“From this it is clear that the market not only does not understand but also fails to appreciate the board’s intentions despite the best efforts of [CEO] Dame Carolyn McCall and her team.”

An easyJet spokesman declined to comment specifically but reiterated to the Times the board’s goals of profitable growth, protecting the airline against the sudden shocks that often hit the sector and sharing success with shareholders. 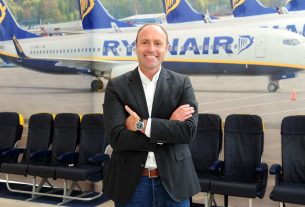 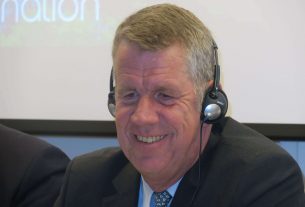