Hotels in Europe reported negative results in the three key performance metrics when reported in euro constant currency, according to October 2016 data from STR.

Portugal recorded its highest ADR (EUR94.78) for the month of October since 2003 as well as its sharpest year-over-year increase in ADR (+13.0%) for any October on record. Meanwhile, occupancy increased 3.0% to 77.8%. As a result, RevPAR grew 16.3% to EUR73.72. STR analysts believe that the country’s hotels have benefitted from an increase in arrivals, which could very likely be due to tourists avoiding countries with security concerns such as Turkey or France.

Slovakia posted double-digit RevPAR growth (+21.5% to EUR51.90) as a result of a 7.7% increase in occupancy to 73.7% and a 12.8% lift in ADR to EUR70.42. STR analysts note that the country’s hotels fared slightly better on weekends than weekdays during the month and attribute overall performance to a rise in international tourism.

Budapest, Hungary, posted its highest occupancy level for an October on record with a 15.5% increase to 87.7%. October also brought Budapest’s fourth highest actual ADR for any month since 1996, with an 8.8% rise to HUF27,939.28. As a result, RevPAR grew 25.6% to HUF24,515.18. According to STR analysts, the market has thrived as an affordable and popular destination.

Sofia, Bulgaria, registered an actual occupancy level of 76.3% (+10.1%), the first time since October 2004 that the market achieved an occupancy level higher than 70%. The market also recorded its highest actual ADR (+9.0% to BGN148.48) since November 2009, and RevPAR grew 20.0% to BGN113.26. According to STR analysts, an increase in the number of flights from low-cost airlines such as Ryanair and Wizz Air has significantly helped hotel performance. Occupancy increased 11.4% on weekends, suggesting a large amount of leisure travel.

Zurich, Switzerland, continued to struggle, reporting an ADR of CHF217.24 (-6.0), the lowest actual ADR for an October in the market since 2004. Meanwhile, occupancy grew 0.5% to 74.4% and RevPAR dropped 5.5% to CHF161.53. STR analysts note that Zurich’s performance has been affected by a decline in business travel, as occupancy was down 1.4% during weekdays in October. ADR, on the other hand, declined across both weekdays and weekends. 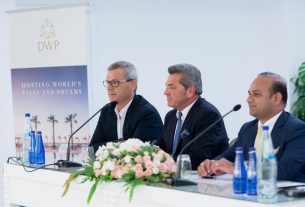 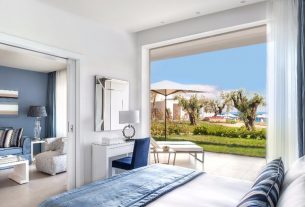 Indulge in a new level of sophistication at Ikos Resorts, Halkidiki, Greece