Reflecting a post-summer lag in demand, Europe’s hotel industry reported slight performance decreases from the prior month, according to September 2020 data from STR.

Each of the three key performance metrics were down from August, and the occupancy level was the lowest for any September on record in Europe. When looking at the most recent weekly data through 17 October, occupancy had retreated further to 32.7% amid new COVID-19 lockdowns around the continent. Each of the three key performance metrics were down from August but came in higher than most of the other pandemic-affected months.

Each of the three key performance metrics were down from August. ADR was the lowest in Poland since May.

STR provides premium data benchmarking, analytics and marketplace insights for global hospitality sectors. Founded in 1985, STR maintains a presence in 15 countries with a corporate North American headquarters in Hendersonville, Tennessee, an international headquarters in London, and an Asia Pacific headquarters in Singapore. 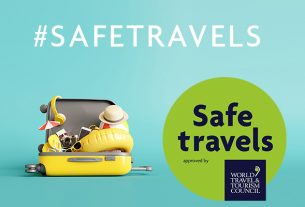