-Supervisory Board expresses its thanks to Fritz Joussen: He rescued TUI twice in difficult situation, made merger a success and led hotel and cruise business to current strength
-New CEO takes over Group management at the beginning of the new financial year on 1 October
-Mathias Kiep becomes Chief Financial Officer as of 1 October
-Appointment of Executive Board member David Burling for another two years – extended until 2026

At its meeting today, TUI’s Supervisory Board discussed the future set-up of the Executive Board. Current CEO Fritz Joussen had already announced on Friday that he will resign as of 30 September. The Presiding Committee of the Supervisory Board had proposed to appoint the current Chief Financial Officer Sebastian Ebel as the new Chairman of the Executive Board as of 1 October. He is to be succeeded as CFO by Mathias Kiep, previously Group Director Controlling, Corporate Finance & Investor Relations.

TUI’s Supervisory Board confirmed the Presiding Committee’s proposals today. Sebastian Ebel and Mathias Kiep are appointed for a period of three years with effect from 1 October 2022.

In addition, the Supervisory Board has decided to extend the appointment of David Burling, Executive Board member responsible for Markets & Airlines, ahead of schedule by two years until 31 May 2026. David Burling will continue to be responsible for the Group’s tour operators and TUI’s airlines. The successful restart of TUI’s tour operator programme after the pandemic is in his proven hands. TUI expects a strong summer business in 2022 and David Burling and his teams in the markets will do everything they can to ensure that guests have a memorable and enjoyable holiday. David Burling has many years of experience in top management and is an internationally versed tourism manager.

CEO-designate Sebastian Ebel said: “I would like to thank the Supervisory Board for their trust. Our guests and TUI’s 50,000 colleagues are an enormous motivation for me. We still have some homework to do in dealing with the Corona effects, but above all I see many opportunities for TUI. With the strong TUI team and our partners – the destinations, the hoteliers and the travel agencies – we will grow profitably again and together lead TUI to new successes. I would like to thank Fritz Joussen for his close and trusting cooperation. He saved TUI from split up, formed a new international Group and led the company safely through the Corona crisis with full energy. I am now looking forward to taking over from him and leading TUI into the next phase.” 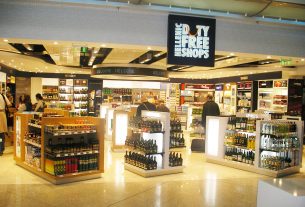 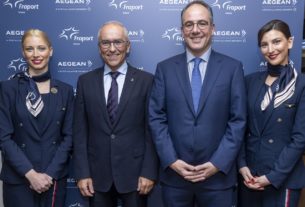 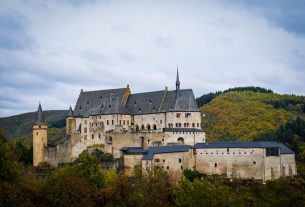