Skip to content
Αρχική > ORGANIZATIONS > Tender for the casino in Hellinikon, Athens postponed

According to a decision of the National Remedy Review Body, progress of the international tender for the casino in Hellinikon is inhibited.

The tender process was run by the Hellenic Gaming Commission and was postponed following a lawsuit of Hard Rock International, which was excluded from the tender.

The lawsuit points out omissions and problems of competitor joint venture Mohegan Entertainment – Terna SA, the qualified candidate for the tender. According to the National Remedy Review Body, there are serious deficiencies requiring diligence. The decision may be delayed due to a series of serious legal and actual issues that need to be attended.

On the other hand, Hard Rock International declares that it feels confident that the judicial authorities will acknowledge unfavorable treatment of Hard Rock International. Hard Rock® has facilities in 76 countries and 262 locations, including private/ licensed or dealer- operated hotels, casinos, Rock Shops® and cafes, and is globally recognized.

In 2018, η Hard Rock International was featured in Forbes as Top Employer for Women and Land Operator of the Year in the Global Gaming Awards. In 2019, it was presented with America’s Best Large Employers and Top Employer for Women awards by Forbes and was ranked first in Upper Upscale hotel chains, according to research performed by J.D. Power, regarding customer satisfaction on N. America hotels. 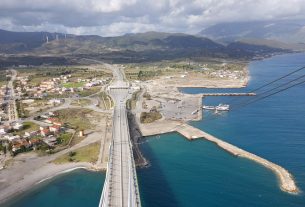