The Posidonia Sea Tourism Forum, the biennial trademark event for the international cruise and yachting industries, will be held in Athens from May 23rd to May 24th in the presence of key decision makers from some of the world’s largest cruise operators.
They will convene at the Megaron Athens International Conference Centre to discuss strategies designed to reinvent cruising in the extended region of the East Mediterranean and Black Sea, as geopolitical changes there have dramatically changed the cruise map.

In 2015, the Forum’s host country Greece, the region’s most stable destination, saw a modest circumstantial increase in cruise passenger visits, which – according to CLIA’s annual report – stood at 4.176 million. The temporary loss of its partner destination Turkey came at a huge cost for the region, as up until recently the two countries in tandem managed to effectively contain the negative commercial impact of regional turmoil. Now the outlook is grim, as evidenced by Greece’s 2016 downward trend that continues sharply in 2017 and beyond, reflecting the commercial interdependence between destinations that constitute a distinct cruise region.

On its part, Greece is now focusing on the development of new itinerary-enhancing destinations, aiming to strengthen its own appeal for cruising. However, to rebuild an overall commercial strength and viability that will turn the tide will require support and contribution from other countries in the region, such as Egypt and Israel and most importantly from Turkey.  To strengthen the region’s combined efforts to attract more cruise ships, a high level delegation from the Egyptian Ministry of Tourism will participate at the Posidonia Forum and meet with cruise lines.

All of the region’s countries have a strong stake in cruising, as they realize its positive impact on both their national and local destination economies. Greece, though not yet developed to its full homeporting potential and on a downward trend in transit cruise calls, still manages to collect about half a billion euro in annual cruise related income. Along with various levies and taxes generated for the State, cruising benefits a long list of local industries and service sectors, ports, airports and city hotels, as well as creating direct and indirect jobs. The importance of cruise passengers for local economies is presented in a Bank of Greece report that shows a rise in passenger onshore spending, with €65 per transit call and more than double, at €139 at homeport.

“These are just a few examples of the international cruise industry’s contribution to national economies and in Greece’s case, new potential for direct benefits emerges from completed or announced privatisation projects in critical port, airport and marina infrastructure,” said Theodore Vokos, Executive Director, Posidonia Exhibitions S.A. the organiser of the event.

It is the East Mediterranean’s undoubted strategic significance and timeless appeal that attracted such top level cruise line personalities to the 4th Posidonia Sea Tourism Forum. Being historically one of the world’s most profitable cruise regions, the industry recognizes its recovery potential and is more than eager to see it return to its fullest possible strength and destination range.

Finding new paths for future growth and commercial rebuilding is one of the Forum’s central topics and there to discuss it will be high level executives from some of the most powerful brand names in cruising. Among them Carnival Corporation, Royal Caribbean Cruises, MSC Cruises, Pullmantur, Silversea Cruises, Azamara Club Cruises, Celebrity Cruises, Crystal Cruises, Celestyal Cruises and the exciting start up Virgin Voyages. They will also be meeting with Greece’s Ministers of Shipping and Tourism, other Greek government officials, and leaders of major port associations and organisations such as CLIA Europe, MedCruise, Global Ports Holding, Istanbul Port Cruise Operations, Cyprus Ports Authority, to jointly work out strategies directed toward the sector’s growth in the region.

In this direction, the Minister of Maritime Affairs and Island Policy Mr. Panagiotis Kouroumplis referred to a «comprehensive strategic plan drawn up by the ministry for the field of cruise and sea tourism and which aspires, through dialogue and cooperation with the industry and political parties, to become a national policy». Mr. Kouroumplis expressed his optimism that «the outcome for the cruise industry in Greece this year will turn out better than the initial estimates, as a result of the coordinated actions of the industry players in cooperation with the Ministry». «The Ministry aims to cooperate with both cruise industry players and prospective investors on cruise infrastructure in the country’s ports» he added and announced that, in order to help the industry, «a meeting of all stakeholders will take place immediately, in order to facilitate the passage of cruise passengers to the attractions of Attica».

On the same subject and focusing on Greece, the President of the Hellenic Chamber of Shipping (HCS), Mr. George Pateras, said: “HCS participates energetically in all working groups of the National Cruise Coordinative Committee, however we have to point out that serious research work has to be carried out before a Cruise Policy Plan can be drafted. HCS believes that the Cruise Policy Plan should aim at maximizing the benefits from the cruise market, based on the particular characteristics of each tourist destination. Another positive development can be the recovery of the cruise ship repairs and refurbishment sector, following the change of management of the Port of Piraeus, the reactivation of the Perama zone and the possible untangling of the burdens facing our three major shipyards.”

Mr Theodore Kontes, President, Union of Cruise Ship owners and Associated members noted: ““Political unrest, the migrant crisis and terrorist attacks in Turkey as well as the unstable situation in Syria, Egypt, Lebanon and Israel have forced cruise lines to relocate their fleets to other destinations for 2017. This will result in an estimated reduction of cruising in Greece, of about 15 %, in comparison to 2016. However, new markets will open for Greece in the cruise sector. These markets are from Russia, China, India and other Asian Countries. Groups are already booked. Homeporting in the Port of Piraeus has increased in 2016 and efforts should be made in order to maintain and even improve this further. Greece with Piraeus as her main port should become the main Hub for East Med. To this end, Berth allocation and simplification, Non-Schengen guest’s visas issuance are the main tasks for improvement, as well as the harbors infrastructure through the cruise industry Committee established. ”

The Forum covers a wide range of cruise development topics that include new port infrastructure challenges and recent investments in cruise ports, such as Port of Piraeus, Port of Istanbul and Cyprus Ports. Port operators, such as Global Ports, will present modern growth strategies and a panel discussion on itinerary planning and destination selection criteria will offer a useful insight to help large and small destinations develop more sustainable growth strategies.

In addition, two special workshops address different facets of cruise development. One is dedicated to berth allocation, an issue of extreme importance for CLIA Europe, and will present ways and means to establish a workable system that will solve many current problems in this respect, especially in smaller ports. The other focuses on improving cruise sales skills of local travel agents, opening up an area of lucrative potential for professionals in that field.

A conference session dedicated to yachting will discuss ways of improving the Greek offering and increasing its attractiveness by making the Greek flag more competitive. 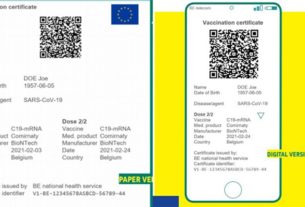 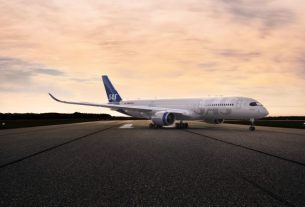 SAS will resume services to Athens and Thessaloniki