The history of Astir Palace dates back to half a century ago, in the early 1960s, when Greece emerged as an international tourist destination, and a new, robust middle class and upper middle class with cosmopolitan features were looking for a means -and a location- to express themselves. 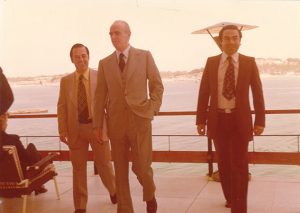 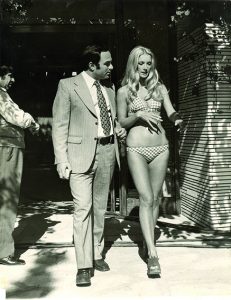 They would find both at Laimos in Vouliagmeni, about 25 kilometers away from the city center, at the heart of the Athenian Riviera. The Astir Palace cabanas, a small private Paradise, sprawling across a stretch of 300 acres on a pine dotted land and golden beach soon became a synonym of the Greek dolce vita. Accommodation here was a privilege for few people. 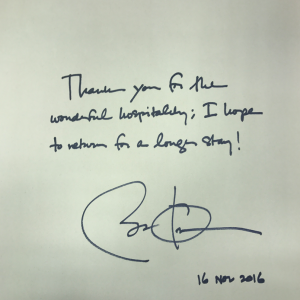 But as time went by and demand increased, it was soon necessary to construct the first hotel of the complex. The luxurious “Arion” hotel opened in 1967 and was designed by the eminent architect Konstantinos Voutsinas. Its imperial marble entrance staircase-which was then a unique feature for a lobby hotel – the handmade furniture, the works of art that decorated the walls, signed by Gizis, Trarouchis, Engonopoulos, Moralis and Mitaras, soon became talk of the town.
“Nafsika”that looks carved into the rocks, in perfect harmony with the surroundings, opened in 1980. Architecturally speaking, it is an exquisite example of the modern era (NB it was designed by Emmanouil Vourekas, architect of Hilton as well as A. Georgiadis and K. Dekavallas), and its swimming pool was the absolute meeting point of the Athenian elite and the business, political, media and artistic world for decades. The third hotel of the complex, the quiet and family “Aphrodite’ hotel with a view to the Aegean Sea, was constructed in 1984.

ASTIR PALACE AND THE CELEBRITIES 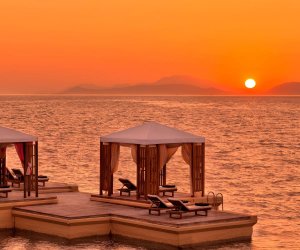 The Astir Palace legend is naturally associated with the VIPS that have visited it: legendary names of the international jet set, politicians, kings, princes, manufacturers and business people, actors, the children of important families and show biz stars composed a unique cosmopolitan puzzle.

At times, many presidents and country leaders have chosen Astir Palace for their meetings, conferences or formal dinners since the hotel is a top security destination. NATO conferences, the renowned “Vouliagmeni agreement”, the Balkan Convention, the meetings of the Bilderberg Club members, the European Summit Meetings and other top political meetings and international fora are only some of the historic events of the modern “political history” of the hotel. Some of the leaders that have been hosted in the luxurious presidential suite of the Arion Resort are: Margaret Thatcher, Jimmy Carter, Robert Kennedy, François Mitterrand, Boris Yeltsin, Mikhail Gorbacev, Giscard d’ Estaing, Jacques Chirac, Helmut Kohl, marshal Tito, Yasser Arafat and Nelson Mandela as well as Tony Blair, Jose Maria Aznar and Silvio Berlusconi. 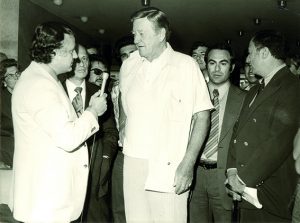 The late Constantinos Karamanlis was a regular client of Astir Palace as well as almost all of the Presedents of the modern Greek Republic (Mr. Stasinopoulos, Tsatsos, Sartzetakis, Stefanopoulos) the ex Prime Minister George Rallis with his wife, Lena, Evangelos Averof with his aristocrat wife Dina, Andreas and Dimitra Liani Papandreou and Mr and Mrs Zolotas, who always stayed at cabana 34- which is a spot that is still being unofficially called by the hotel staff “the Zolotas beach”. 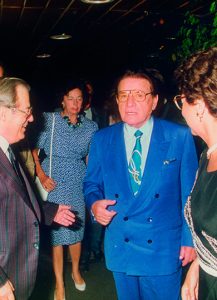 Also the greatest names of Greek shipping, the families 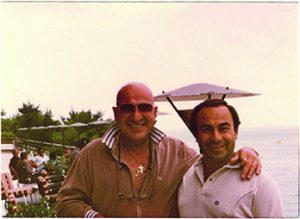 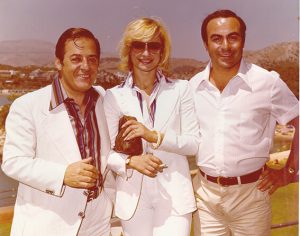 The entire good old Ηollywood has been hosted at the cabanas and the suites of Astir Palace private beach: Charlton Heston, (very polite and a great admirer of Greece according to the hotel staff) Tony Curtis, John Wane, Paul Newman, Robert Wagner, Frank Sinatra (who had to go through the kitchen door to get to his room in order to avoid the wild crowd of his fans), Anthony Quinn, Telly Savalas, Jacqueline Bisset, Geraldine Chaplin, Joan Collins, Jane Fonda, and Sharon Stone. Also the Βeatles, Charles Aznavour, Adamo, Dalida, Nana Mouschouri, Demis Roussos and Vangelis Papathanasiou, Rudolf Nureyev, Soraya, the empress of Persia and Stephamie, princess of Monaco have been hosted here. 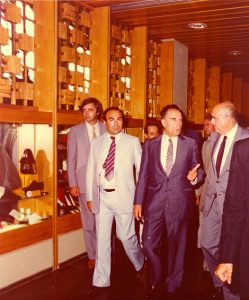 The older staff members still remember Aristotelis Onassis, the Greek tycoon– whether with his children, Christine and Alexandros or Jackie, dining in the sounds of Hungarian violins– but also Brigitte Bardot, who had created chaos in the hotel and to several youngsters of cosmopolitan Athens, who had gathered to see her, when she appeared on the beach in a tiny pink bikini… 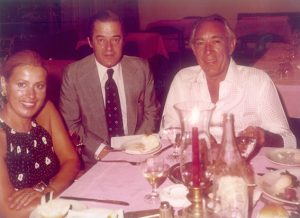 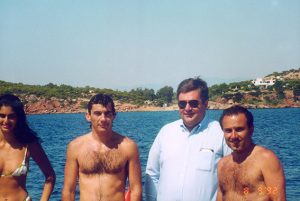 The same goes of course for the Greek celebrity system. From Aliki Vougiouklaki, Lambros Konstantaras. Zoi Laskari and Tolis Voskopoulos to Melina Merkouri, Elli Stai, Sakis Rouvas and the international Nikos Aliagas, the stars always used to shine here, in this blessed spot of the land of Attica that the gods have loved… 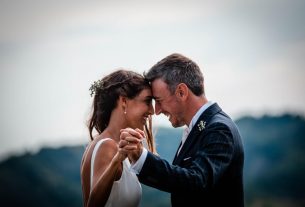 The Canary Islands are the number one holiday destination