About 1.1 million tourists from Russia rested in Antalya in January-June 2017, which is 44 times more than in the same period of the last year and 24% higher than the tourist flow in the same months of 2015, according to the Association of Tour Operators of Russia ATOR) with reference to the administration of the Turkish resort.

“In total, 2.8 million foreign tourists visited the resort in January-June 2017, 1.1 million people of which were Russian citizens”. – the report said.

“Against 2016, the total tourist flow to Antalya increased by 45%, but the lag from the more successful 2015 still makes 12%. The main tourist market for Antalya is Russia”, – added in ATOR.

In June, Antalya was visited by 1.2 million foreign tourists, including 584 thousand Russians. Thus, every second tourist came to the resort from Russia. The number of Russian tourists is 76 times higher than in June 2016.

Earlier, the Antalya Tourism Board reported that according to calculations, this year the region can receive about 7.25 million foreign visitors, which is 27% more than in 2016. Forecasts for 2017 are favorable mainly due to the return of the Russian market, which by the end of the year should become the main incoming market for Antalya. The region expects 2.6 million tourists from Russia, which is 5.3 times higher than in 2016 (486 thousand people).

TUI: Greece with strong growth in the 2017 season – a model for the networking of local producers and hoteliers

UNWTO, ONCE Foundation and ENAT call for the reopening of tourism destinations to cater for the needs of people with disabilities 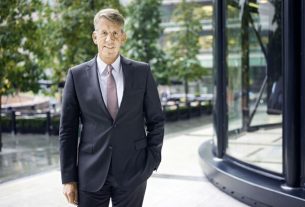