Spain started the year by breaking another tourism record. In January, traditionally one of the low-season months in Spain (except for the Canary Islands), there were 3.5 million international tourist arrivals, 11.2% more than in the same month in 2015.

Tourism in Spain increased mainly thanks to the British who traveled to Spain 16% more than a year earlier, and the French, whose number grew by 8.5%. The Canary Islands were the main destination attracting visitors.

A total of 706,275 British tourists arrived to the country in January, which means that two out of ten foreign travelers were from the UK. France and Germany are the next two most important countries of residence of all tourists. 473,225 visitors came from France (up 8.5%) and 460,117 from Germany (0.3% less than in January 2015).

Although these three markets are still the biggest sources for tourism in Spain, the beginning of 2016 saw various other nationalities coming in striking amounts. For instance, the number of tourists from Switzerland increased by 36.7%, and the Irish by 23.3%. In contrast, two of the major source markets in recent years ran out of steam: tourists from the United States fell by 9% and Russia was down by 2.5%.

Leisure, recreation, and holidays are the main reason each month for foreign travel to Spain (2.6 million tourists). However, the amount of business trips is exploding: 347,640 tourists traveled to the country for this reason, a 21.9% increase in the annual rate. 532,407 visitors came for “other reasons,” an increase of 61.9%.

Most tourists (1.5 million) stayed four to seven nights in January, representing an annual growth of 19%. However, the fastest growing segment are trips for two to three nights (getaways have risen to 24%), while the number of tourists who choose to stay 8 to 15 nights is down 5.7%.

The Canary Islands are the main destination of tourism in Spain. In January the Islands received nearly three of every ten foreign arrivals. The next destinations in order of importance are Catalonia (21.2% of the total) and Andalusia (14.7%). More than a million tourists went to the Canary Islands, which is a figure similar to January 2015. Tourists coming to the Islands were mostly from the United Kingdom (29.9% of the total) and the Nordic countries (24.9%).

The number of tourists visiting Catalonia increased by 16.1%. These tourists came mostly from France (24.8% of total). In Andalusia the number of tourists rose at an annual rate of 20.6%. The UK is the leading country of origin for this region (24.8% of the total) and France is in second place (13.4%). Among the other regions with higher tourist arrivals Valencia recorded a 21.2% increase, Madrid 13.7% and the Balearic Islands 12.2%.

Majority by Air and in Hotels

Air is the mode of transport most used by tourists who visited Spain in January, amounting to 2.9 million, 12.8% more than in the same month in 2015. To a certain extent, the increase is closely linked to the fact that the British, Irish and Swiss have increased their visits the most.

Train arrivals increased by 5.6%. The biggest rise was registered at the ports (boarding increased by 21.2%), although it is still a limited entry method, with 97,842 tourists in January. 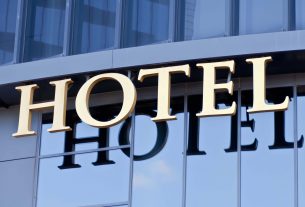 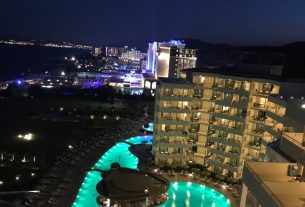 EXCLUSIVE: Bookings profile in Crete and Rhodes in 2018, based on HolidayCheck 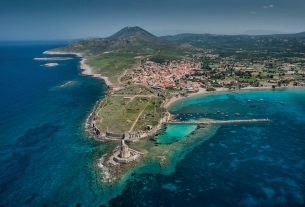 SYMPOSSIO makes a strong comeback and excites its audience!