TUI delivers a very good year 2018, as its operating result up by nearly 11 per cent. In addition, hotel and cruise subsidiaries drive growth and higher dividend proposed. According to TUI’s announcement, you can see the tour operators’ data for 2018.

The Group’s successful transformation as a developer, investor and operator of hotels and cruise ships is again paying off. The Group’s operating result climbed by 10.9 per cent1, with turnover up by 6.3 per cent1. The dividend proposal has been increased to 0.72 euros. At the presentation of the results in London, TUI CEO Fritz Joussen said: “We are investing, we are growing with TUI’s high-margin products and services and our businesses are increasingly scaling.

Today, our own Holiday Experiences content account for more than 70 per cent of our earnings: hotels, cruises, excursions and destination activities. This enables us to clearly differentiate ourselves from the competition. With more than 20 million customers, use of state-of-the-art IT and intelligent customer systems, we have considerable potential for new business, turnover and earnings. We will continue our successful transformation: The next step will transform TUI into a digital and platform organisation.” For financial year 2019, the TUI Executive Board expects to deliver growth in underlying earnings of at least 10 per cent1 in a challenging market environment.

Dividend: Executive Board and Supervisory Board are proposing 0.72 euros per share

The development of TUI Group’s dividend is linked to the Group’s underlying EBITA development at constant currency. The strong EBITA growth of 10.9 per cent1 delivered in the completed financial year on previous year’s dividend (0.65 euros) results in a dividend of 0.72 euros per share. The Executive Board and Supervisory Board will submit a corresponding proposal to the Annual General Meeting on 12 February 2019.

Owing to the strategic transformation from a traditional tour operator and trader to a developer, investor and operator of hotel and cruise companies initiated in 2014, TUI’s business delivers considerably higher margins and is less seasonal, reducing its dependence on the summer months. Earnings are generated more evenly across the entire year. TUI’s Hotels & Resorts, Cruises and Destination Experiences segments now account for 70 per cent of the Group’s underlying EBITA. The transformation is continued, future growth will be created through further investments in hotels and cruise ships, but also through digitalisation.

The expansion of the global One CRM (Customer Relationship Management) platform and the use of state-of-the-art technologies enable TUI to provide better and more tailored offerings to its customers. In order to accelerate the transformation, TUI has also invested in the expansion of its TUI Destination Experiences segment, which provides services and activities in the destinations.

TUI’s Spanish subsidiary has increased its footprint to 49 countries around the world.

Moreover, due to the acquisition of the Italian technology company Musement, TUI Group now includes a highly attractive platform bringing activities, excursions and services in the destinations together with guests and their wishes. TUI has also started to use blockchain technology to manage its own hotel capacity so as to achieve optimum occupancy and improve profitability through its own yield management system. Modern IT, Artificial Intelligence and algorithms shall help to further increase the Group’s operating result in future. “The international strength of the TUI brand, modern IT and more than 20 million customers form a perfect basis for additional business and new growth. This knowledge enables us to bring customer wishes together with offerings and increase turnover and earnings in this segment without having to make any major investments,” said Joussen.

• Average rate per passenger per day:

o TUI Cruises 100.8 per cent (previous year 101.9 per cent)
o Marella Cruises 100.9 per cent (previous year 101.7 per cent)
o Hapag-Lloyd Cruises 78.3 per cent (previous year 76.7 per cent)
In May 2018, the new Mein Schiff 1 joined TUI Cruises’ fleet. In February 2019, the new Mein Schiff 2 will be launched. Marella Cruises was also modernised: In the financial year under review, Marella Explorer was launched. Next year, Marella Explorer 2 will join the fleet. The fleet of TUI Group’s subsidiary Hapag-Lloyd Cruises will also be expanded next year: In calendar year 2019, the luxury expedition liner newbuilds Hanseatic nature and Hanseatic inspiration will join the fleet.
Expedition cruises are a segment delivering strong growth around the world. TUI’s subsidiary Hapag-Lloyd Cruises is perfectly positioned as one of the top players in the luxury and expedition cruise sector.

The Destination Experiences segment (TUI Destination Experiences/headquartered in Palma de Mallorca) delivered a strong operational performance in financial year 2018. In the period under review, the number of arrivals and the number of activities and tours sold was increased. TUI continued to expand its destination services, excursions and experiences business. In the period under review, two acquisitions were also announced: The purchase of Destination Management was already completed in early August. In September, TUI announced the acquisition of Italian technology company Musement. Due to the two transactions, the Group will become one of the world’s leading providers of destination services and activities.
 Underlying EBITA at constant currency: +33.6 per cent to 46.9 million euros (previous year 35.1 million euros)
 Underlying EBITA: +27.4 per cent to 44.7 million euros

Markets & Airlines: Customer numbers up +4.7 per cent – Challenging summer for the sector and traditional tour operators

In order to enhance the efficiency and competitiveness of the traditional tour operating business in the markets and leverage synergies, the Group’s markets (tour operators) and airlines have been clustered into Markets & Airlines, managed by an Executive Board member, since summer 2018. In the period under review, customer numbers across all markets rose by 4.7 per cent to 21.1 million. 2018 was a challenging year, in particular for tour operators. The weakness of pound sterling resulting from the Brexit vote, prolonged air traffic disruption caused by French air traffic controller strikes and a prolonged heatwave in Northern and Central Europe impacted the entire sector and were also reflected in the operating result delivered by Markets & Airlines, which fell short of the previous year’s levels.

Outlook: Current Winter trading nearly matches prior year’s level –Hotels & Resorts and Cruises continue to deliver positive performance – TUI aims to deliver growth of at least 10 per cent1 in its operating result in 2019

Hotels & Resorts and Cruises remain strong growth pillars and continue to deliver a good performance. Booking rates for the Group’s hotels in Turkey and North Africa are considerably picking up again. TUI’s hotels in Spain continue to report high booking levels. On 4 December, the very popular Robinson Club Jandia Playa, reopened after several months of comprehensive renovation and construction work.
Current trading for Winter 2018/19 (as at 2 December 2018) is just below the prior year’s level.

TUI reiterates its guidance: In the three financial years to 2020, an underlying EBITA CAGR of at least 10 per cent1 is expected. The Group’s guidance for financial year 2019 is underlying EBITA growth of at least 10 per cent at constant currency and with the previous year’s figure rebased. TUI aims to mitigate the impact of a challenging environment in the traditional tour operator business (Markets & Airlines) through further growth in its hotel and cruise companies, digitalisation and efficiency initiatives as well as the expansion of its Destination Experiences segment. 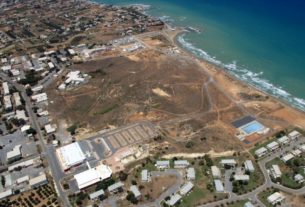 HRADF: €40.2 million the improved financial offer for the Gournes property 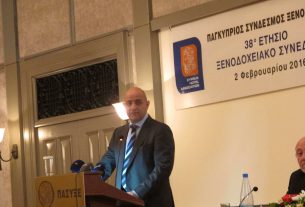 Sustainable Tourism: A Tool for Development