Skip to content
Αρχική > REPORTS > TUI: Europe gets ready for a beach holiday

Time to hit the beach! Europe is almost completely in agreement when it comes to this year’s summer holiday: a large number of Europeans are heading south, especially to the Mediterranean.

This is shown by the TUI Holiday Atlas, which analyses holiday bookings with Europe’s largest travel group. Spain is once again the number one holiday destination this summer, closely followed by Greece. 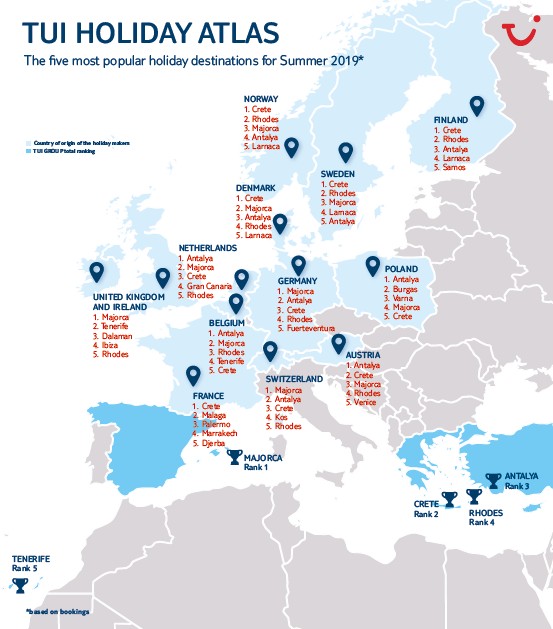 Although Greece is currently the most popular holiday destination for Northern Europeans, the Dutch, the French and Austrians, Spain is still the preferred destination for Germans, Belgians, the Swiss, British and the Irish. As in the previous year, Turkey, Italy and Cyprus are featured among the top five destinations alongside Spain and Greece. Turkey even recorded the highest increase in bookings among the top five.

The most popular individual destinations are almost all in the Mediterranean region. It is interesting to see that Antalya is experiencing a real boom this summer. The holiday region in the Turkish Riviera is currently the ultimate dream destination for Belgians, the Dutch, Austrians and Poles. Crete is also very popular. The largest Greek island is the number one summer holiday destination among Finns, Norwegians and Danes. Pack your swimwear and head south: although Europeans agree on this, their national and regional favourite destinations also underline Europe’s diversity, even including several surprises. 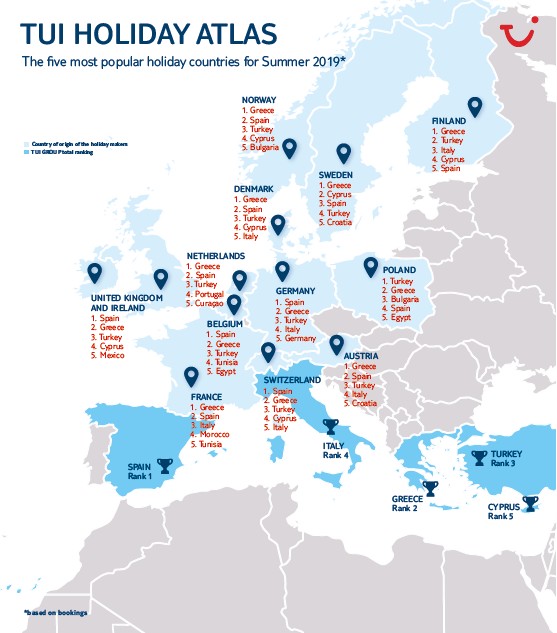 German holidaymakers, for example, are unique again. Although they generally prefer to continue spending their summer holidays in Spain and Greece, the Germans also like to travel within Germany. This makes them the only Europeans to have their own country among their top five summer holiday destinations. TUI holidaymakers from Germany favour Mallorca, Antalya, Heraklion on Crete, Rhodes and Fuerteventura as individual destinations.

Spain, Greece, Turkey, Cyprus and Mexico are the dream destinations for the British and Irish. Polish, French, Belgian and Dutch holidaymakers are the only Europeans with Egypt, Tunisia, Morocco and Curacao among their top five destinations. The French and the Poles have somewhat different holiday preferences. While Germany’s western neighbours are the only Europeans to choose Heraklion in Greece, Malaga in Spain and Palermo in Sicily as their favourite destinations, Germany’s eastern neighbours love travelling to Bulgaria. The two Bulgarian seaside towns of Burgas and Varna are the second and third most popular Polish holiday destinations after Antalya. 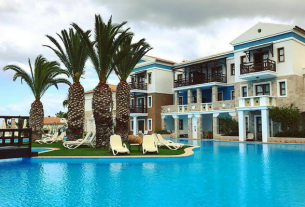 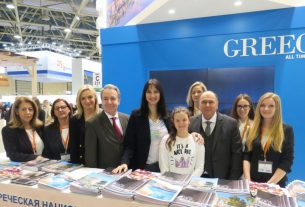