This summer TUI plans to bring around 1.5 million customers to Turkey -increasing its capacity across all markets compared to 2019 levels. One million of these customers will be travelling to Antalya and as a key destination to TUI’s growth strategy, it’s naming one of its newest aircraft Antalya.

Travelling from Amsterdam as flight OR8903, the aircraft with the registration PH-TFO touched down at 12:45. The naming ceremony was addressed by local TUI representatives and TUI Netherlands Managing Director Arjan Kers, who accompanied the guests from the Netherlands on the naming flight.

Vice-Minister of Culture and Tourism of the Republic of Turkey, Mr. Nadir Alparslan, the Vice-Governor of Antalya, Mr. Suat Seyitoglu and Mayor of Antalya Mr. Muhittin Böcek were at the airport to greet the plane, together with other representatives of Turkish tourism and hotel associations, TUI’s hotel partners and local media.

“We have been bringing holidaymakers to Turkey for over 40 years.” Arjan Kers, Managing Director of TUI Netherlands said. “With its fantastic mix of beaches and culture, Antalya is popular with TUI customers across all markets. We’re delighted to be increasing our capacity this summer, so even more customers can enjoy the delights that this destination offers.”

TUI is modernising its airline with new aircraft and to emphasise its long-term partnerships with tourist destinations, is naming its new Boeing 737- 8 aircraft after destinations.

“I’ve flown to Antalya many times before, but today’s flight is special” said TUI Captain Robbert Gijsbertse, who flew the aircraft to Antalya. “It is so great to be back again and all passengers and crew on-board were excited to experience Turkey as a holiday destination again after two years.”

Alessandra D’Angelo, Head of Turkey, Tunisia & Morocco, TUI Musement said: “Today’s name-giving event is another example of TUI’s commitment to tourism in Turkey. A big thank you to all our partners who helped organise and joined our event, to mark this important occasion.”

Hasan Öztürk, Senior Purchasing Manager, TUI Group said: “TUI has many long-standing relationships across Turkey. As our capacity increases, we will be looking to grow our exclusivity working with new and existing partners, to continue offering customers holidays that can only be booked with TUI.”

TUI announced this week its global hotel brand TUI Blue is again focusing on expansion and aims to grow to 300+ hotels. Antalya is one of the regions where TUI hopes to expand the brand and an important driver for the future growth strategy are international partners who will operate TUI Blue hotels under management and franchise agreements. 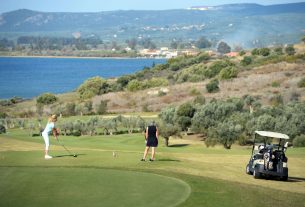 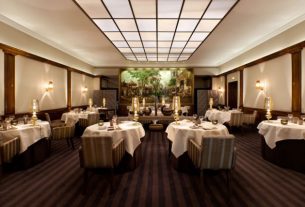 Tripadvisor: These are the best luxurious restaurants in the world | LIST