A vocal group of Israeli passengers on an Aegean Airlines flight from Athens to Tel Aviv has forced the cabin crew to remove two Palestinians on board before takeoff accusing them of being ‘terrorists’.

The incident took place on Flight 928, which was stuck for almost two hours at Athens airport on Monday night as the Jewish passengers refused to allow the plane to take off by standing in the aisles.

This is the initial statement of Aegean Airlines:

“Athens, January 5 2016 – On the scheduled AEGEAN flight A3 928 from Athens to Tel Aviv on January the 3rd,  an initially small group of some Israeli passengers very vocally and persistently asked for two other Israeli passengers to be checked for security issues. While it is indeed unfortunate that they were possibly racially profiling the customers, indeed their fellow Israelis, because  safety must be first,  the pilot  did feel compelled to delay the flight call the police so to check again the two Israeli passengers documents and identities. This did take some time of course but the documents were indeed checked and were ok. Unfortunately by that time, due to the delay,  a much larger group of  passengers were reacting despite the assurances given by the crew about the two passengers. So with the agreement of the two Israeli passengers that were affected, for which we are very thankful,  we offered them overnight stay and transport the next day, we offloaded their luggage. We also offered any other passenger of course the possibility to disembark in case they did not feel secure.  The whole episode, which did indeed delay the flight for more than 1 hour and 30 minutes,  is indeed  very unfortunate and we are grateful that the two Israeli passengers affected did agree to  fly the next day. We thank again the two Israeli passengers that agreed to disembark for their understanding and collaboration and we apologize for the whole episode which was indeed extremely unfortunate.”

After the incident on flight A3 928 from Athens to Tel Aviv, Dimitris Gerogiannis, CEO of Aegean Airlines, sent a Letter to the Secretary General of the Palestine Liberation Organization

The letter of Aegean to the Secretary General the PLO:

Following the statement that PLO issued earlier today regarding the episode that occurred in our A3 928 flight to Tel Aviv we would like to express once again as we did several times to the international media our greatest regrets for the event. Equally we want to reassure that our crew reacted to a very difficult situation only having the safety and comfort of all passengers in mind. Naturally we reject any possibility of discrimination which is of course completely in opposition to the principles we adhere to and which our employees apply.

Once again we attach the announcement we released on the event yesterday to international media, which we feel does explain how events unfolded.

We would like to emphasize that our crew did try for more than an hour and thirty minutes to resolve the situation. Unfortunately by the time that all the security had been rechecked, yes there was unwarranted and indeed unfair continued reaction by a large group of passengers but also the two affected passengers did not feel comfortable to fly. It was mostly out of concern for the two passengers comfort and safety during this flight, after all that had transpired that we suggested they might stay at our expense overnight and indeed board another flight the next day. All through this process all we knew for these 2 passengers is that they like most of the other passengers also had Israeli documents so of course no potential of discrimination from our crew’s side existed.

Again we regret the whole event, once which is quite unprecedented in our experience despite flying for many years to the Middle East. We respect the rights of all passengers to travel without any effects of potential racial profiling.

We remain at your disposal for any clarification. 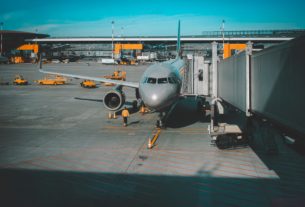 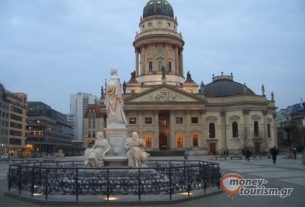 95% of Travellers Eager to Travel Abroad As Soon As Travel Bans Are Removed, Survey Shows 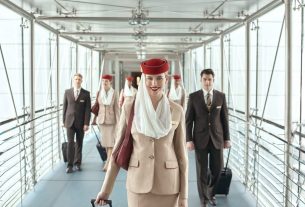