Lufthansa is reporting on the results for the first quarter of 2020 and highlights that the decline in air travel significantly affected its performance.

Crisis-related asset impairments and the negative development of the value of fuel hedges had a significant negative impact on net profit in the quarter. The Group recorded impairment charges of 266 million euros on decommissioned aircraft and 157 million euros on the goodwill of LSG North America (minus 100 million) and Eurowings (minus 57 million). The negative market value development of fuel cost hedges had a negative impact of 950 million euros on the financial result in the first three months of the year. 60 million related to hedges that expired in the first quarter and had a corresponding cash relevant negative impact on earnings. The remainder reflects the valuation of hedges expiring in the future as of March 31. Adjusted free cash flow amounted to 620 million euros. Compared with the end of 2019, the equity ratio fell by 6.7 percentage points to 17.3 percent and net debt by 5 percent to 6.4 billion euros. Pension provisions amounted to 7.0 billion euros. They were thus 5 percent higher than at the end of the year.

In total, the airlines in the Lufthansa Group carried 21.8 million passengers in the first three months, around a quarter less than in the same quarter last year (- 26.1 percent). The seat load factor fell by 4.7 percentage points to 73.3 per cent during this period. Freight capacity on offer fell by 15 percent and freight kilometers sold by 15.5 percent. This results in a cargo load factor of 62.5 percent, which is 0.4 percentage points lower.

In April, the Lufthansa Group airlines recorded a 98.1 percent year-on-year decline in passenger numbers to 241,000. Supply fell by 96.0 percent. The seat load factor fell by 35.8 percentage points to 47.5 percent. Freight supply was 60.7 percent lower than in April 2019, in particular due to a lack of capacity on passenger flights. By contrast, freight kilometers sold declined by only 53.1 percent, so that the cargo load factor rose by 11.5 percentage points to 71.5 percent. Passenger and freight volumes in May were again significantly lower than in the previous year.

The state support measures secure the solvency of the company until it is able to generate sufficient funds from its own resources. On 31 March 2020, the Lufthansa Group’s liquidity amounted to around 4.3 billion euros.

“We have succeeded in reducing fixed costs by one third within a short period of time. Nevertheless, in our operating business we are currently consuming around 800 million euros of our liquidity reserve per month. In addition, the reimbursement of cancelled airline tickets and the repayment of financial liabilities that have fallen due will have a foreseeable negative impact on our liquidity development,” said Thorsten Dirks, Member of the Executive Board Digital and Finance at Deutsche Lufthansa AG.

“In order to repay the loans and coupons quickly, we will have to significantly increase our annual free cash flow compared to pre-crisis levels – even though global demand for flights will remain below pre-crisis levels for years to come. This will only succeed if we implement restructuring programs in all areas of the Group and agree on innovative solutions with the unions and working councils,” says Thorsten Dirks.

The Lufthansa Group plans to significantly reduce unit costs compared with pre-crisis levels. Among other things, fixed costs have been reduced by short-time working for around 87,000 employees, the postponement or cancellation of planned projects and the postponement of maintenance events. In addition, ongoing restructuring programs at Austrian Airlines and Brussels Airlines are being further intensified. Brussels Airlines plans to reduce its fleet by 30 percent and its workforce by 25 percent. Austrian Airlines has decided to reduce its capacity in the long term by downsizing its fleet by 20 percent, and has agreed with the working councils to cut personnel costs by around 20 percent. Restructuring and cost-cutting programs will also be launched in other Lufthansa Group companies. Negotiations with aircraft manufacturers on extensive postponements of planned aircraft takeovers are continuing. In addition, the sale of individual non-core business units is being examined in the medium term.

The reduction in traffic performance by over 95 percent in the months of April and May resulted in the Group initially parking 700 of its 763 aircraft.

From mid-June, however, the Lufthansa Group’s airlines will be significantly expanding their schedules to around 2,000 weekly connections to more than 130 destinations worldwide. The aim is to make as many destinations accessible again for holidaymakers and business travellers. Yesterday the Executive Board decided to increase the offered capacity in September by up to 40 percent of the original schedule. At the same time, the number of destinations will increase to 70 percent of the original plan for long-haul flights and 90 percent for short-haul flights in order to offer customers the widest possible choice of destinations. To this end, a step-by-step expansion of the flight schedule is now being worked out over the next three months. In doing so, the company will accelerate the course it has already embarked on to expand its tourist offering.

The company is planning on only gradually increasing demand. It still expects 300 aircraft parked in 2021, and 200 in 2022. Even after the end of the crisis, which is expected to end in 2023, the Group expects its fleet to remain 100 aircraft smaller. A considerable decline in demand is also initially expected for the service companies’ third-party business.

The airlines in the Lufthansa Group have prepared themselves for rising demand with extensive hygiene measures and the introduction of mandatory masks on board. To give their customers maximum flexibility in the corona crisis, the Lufthansa Group airlines continue to offer their customers numerous rebooking options. In addition, capacities in the call centres are being continually expanded so that customers who cancel their flight can be reimbursed as quickly as possible. This should enable ticket refunds in the three-digit million range per month. Due to the high number of refund requests, waiting times may still occur.

The uncertain further development of the corona pandemic continues to make it impossible to make a precise forecast of the earnings trend for 2020. The Lufthansa Group continues to expect a significant decline in Adjusted EBIT. 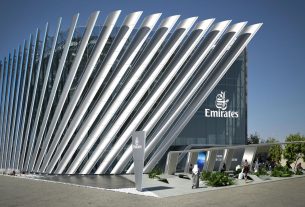 IATA: Air Cargo Recovery Continues in June but at a Slow Pace