Scoot, a wholly-owned subsidiary of the Singapore Airlines Group managed by Budget Aviation Holdings (BAH), will expand into Europe from 20 June 2017 with four flights a week between Singapore and Athens, operated with Boeing 787-8s.

Award-winning Scoot is a three-time winner of the Best Low Cost Airline Asia/Pacific award by Airlineratings.com for 2015, 2016 and 2017 consecutively, and also came in among the Top 10 World’s Best Low-cost Airlines in 2016 awarded by SkyTrax.

“The landmark decision for Scoot to have Athens as the entry point to grow the European market is in line with the Group’s strategic move to stimulate passenger traffic between Asia Pacific and Europe, while boosting connectivity through the Singapore hub,” said Lee Lik Hsin, Chief Executive Officer, BAH. “This is made possible with Scoot’s integration with sister airline Tigerair, the Group’s short-haul, low-cost arm also managed by BAH, last May. This has allowed Scoot to realise the synergy of the two airlines and connect guests from Europe to a greater choice of Asia Pacific destinations seamlessly.”

“We are delighted with Scoot’s decision to connect Singapore to Athens, on the longest ever flight operated by an LCC,” said Yiannis Paraschis, CEO of Athens International Airport. “This remarkable development establishes Athens as the European gateway for the carrier’s low cost flights from/to the Asia-Pacific region. We warmly welcome Scoot, which continues the long history of the Singapore Airlines family at Athens, and wish our new airline partner all the best for a highly significant route that enhances Athens’ connectivity. Athens International Airport is looking forward to Scoot’s first flight on the 787-8 Dreamliner, on June 20th!”

TZ702, Singapore-Athens, is scheduled to depart at 0200hrs on Tuesdays, Thursdays, Saturdays and Sundays, arriving in Athens at 0830hrs. TZ701, Athens-Singapore, takes off at 1200hrs, arriving in Singapore at 0425hrs the next day. All times are local.

The Singapore-Athens route will be served by Scoot’s brand-new Boeing 787-8 Dreamliners, which are fitted with eight crew bunks and a total of 329 seats, including 18 in ScootBiz.

Scoot’s guests from Athens and Europe will fly from Athens International Airport to Changi Airport in Singapore, and from there, onward to popular Asia-Pacific destinations including cosmopolitan cities in Australia, China, India, Japan, Korea, Taiwan, Thailand and Saudi Arabia. What’s more? Scoot’s guests can also connect to Tigerair’s network spanning 39 cities from Singapore, offering European travellers tremendous value and connectivity to alluring Southeast Asia destinations including Bali, Phuket, Kuala Lumpur and Hanoi. There are also destinations served by Singapore Airlines and SilkAir, including Darwin, Christchurch and Auckland, to look forward to.

On board Scoot’s game-changing Dreamliners, guests can choose from Standard or Stretch seats with a seat pitch ranging from 30 to 34 inches, while the ScootinSilence Economy child-free zone offers a quiet and more restful travel environment with four-way adjustable headrests. For greater comfort, there is  ScootBiz, which features an all-leather seat with a 38-inch pitch and adjustable leg rest, plus bundled meals, drinks, in-seat power, ScooTV and 30kg check-in baggage allowance. Other inflight product options include affordable duration-based wi-fi plans,  in-seat power, and the ScooTV streaming in-flight entertainment that streams a range of movies and TV series to your own device.

Scoot has also worked with our inflight services partner SATS, headquartered in Singapore, to carefully develop an inflight food and beverage bundle that will provide guests more substantial sustenance for long-haul flights, including a greater selection

of meals that will more suitably cater to the European palate. “The extension of the collaboration between Scoot and SATS to long-haul services sets a new milestone for the partnership we have shared since Jul 2012. SATS is proud to be Scoot’s strategic partner for inflight services including duty-free shopping. We wish Scoot the best for a successful launch of their new services into Athens from June,” said Bob Chi, Senior Vice President Sales and Marketing, SATS.

To celebrate the launch, Scoot is offering attractive one-way fares from Athens to Singapore, Australia and selected Southeast Asian destinations (full list below) from as low as EUR 180 on Economy and EUR 590 on ScootBiz. Promotion starts now and will end by 11.59pm on 31 Mar 2017. For bookings, visit www.flyscoot.com/en/greece;  enquiries should be directed to [email protected] and +30 210 99 42 567.

Budget Aviation Holdings (“BAH”), a wholly-owned subsidiary of Singapore Airlines Group (“SIA”) formed in 2016, owns and manages SIA’s low-cost carriers (“LCCs”) Scoot and Tigerair. Scoot and Tigerair offer a combined network of 59 destinations over 16 countries across the Asia Pacific, with Scoot operating an all-787 Dreamliner fleet to medium-to-long-haul destinations and Tigerair offering short-to-medium-haul flights on its Airbus A320-family aircraft from Singapore.  Both airlines are part of Value Alliance, the world’s first pan-regional low-cost carrier alliance. Together, Scoot and Tigerair offer travellers exciting travel possibilities at exceptional value, while ensuring the highest standards of safety and reliability. Book your tickets at www.flyscoot.com and www.tigerair.com. By the second half of 2017, Scoot and Tigerair will be fully integrated under a common brand – Scoot – and a common operating license, enabling a more seamless travel experience for guests across the combined network.

Tigerair is the low-cost, short-haul arm of the Singapore Airlines Group managed by Budget Aviation Holdings. Established in 2004, Tigerair is a leading Singapore-based no-frills airline that offers affordable travel options and a seamless customer experience.

Tigerair empowers travellers to explore new destinations, and accumulate memorable experiences, by offering an increased network of destinations. It is also committed to maintaining the highest standards of safety, security and reliability. For more information, please visit www.tigerair.com. 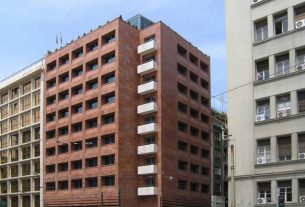 Siganos and Chnaris on the home straight now for KANIGOS 21 Hotel | The cost exceeds 25.000€

ECTAA: Europe’s tourism is back in business! But there are still too many unfounded travel restrictions in place