Scoot,  starts sales of its flights from Athens to Laos via Singapore with special low fares on the verge of the inauguration of the new route to cities Vientiane and Luang Prabang.

One of the most untouched countries in the world, Laos is renowned for its cinematic, Hollywood-worthy landscapes. Besides historical and cultural attractions, Laos has just as much to offer the adventurous traveller with activities such as caving, trekking and mountain biking.

All-in fares start from as low as EURO 200 for one-way tickets from Athens to Vientiane or Luang Prabang via Singapore and the special fares will be available for the period between 13 to 26 February 2019.

The three-times-weekly flights operated with Scoot’s A320-family aircraft will operate a circular routing departing from Singapore for Luang Prabang, followed by Vientiane, before heading back to Singapore. Scoot’s Athens-Singapore service is operated on their spacious widebody 787 Dreamliners.

These routes were transferred from sister airline SilkAir, making Scoot the only airline offering direct Singapore-Laos flights from April 2019. Luang Prabang and Vientiane are the first two of 16 new destinations Scoot will be adding to its network this year from Laos, India, China, Malaysia and Indonesia.

Mr Lee Lik Hsin, Scoot CEO, said, “We are thrilled to welcome Laos to our network. We are confident that the addition of Vientiane and Luang Prabang will boost Scoot’s proposition as an affordable long-haul carrier offering refreshing travel opportunities in Asia for travellers from Europe seeking authentic experiences off the beaten track. Travellers can also look forward to more extraordinary travel experiences with us as we plan to add even more new destinations to our network this year.”

With the addition of Laos, Scoot’s network will span 68 destinations across 19 countries and territories.

Set along the Mekong River, the capital city Vientiane is Laos’ largest city and its economic centre. It houses several temples and religious monuments, the most famous of which is Pha That Luang, said to contain the breastbone of Buddha. Arguably some of the best food in Southeast Asia can also be found here, with highlights including the authentic Lao specialty of Laap, a type of refreshing meat-based salad served either raw or cooked, and Sai Oua, Laotian sausages seasoned with herbs or fermented with sticky rice.

If respite from the hustle and bustle of city life is what you need, find relaxation in Luang Prabang. This ancient city has earned a place on the UNESCO World Heritage list as an important site blending Lao traditional urban architecture and French colonial era architecture. Explore the intriguing Pak Ou Caves, which house thousands of Buddhist figures, ride a bike up mountainous roads to the breath-taking Kuang Si Waterfall, or trek up to the top of Mount Phousi for a spectacular view of the city and catch the sunset over Mekong River.

Scoot is the low-cost arm of the Singapore Airlines Group. Scoot took to the skies in June 2012 and merged with Tigerair Singapore in July 2017, retaining the Scoot brand and positioning it well for a new chapter of growth. Scoot has carried sixty million guests and now operates a fleet of 18 state of the art, widebody Boeing 787 Dreamliners and 29 young and modern Airbus A320 family aircraft, with two more Boeing 787 Dreamliners and 37 Airbus A320neo aircraft on order. Scoot’s network presently encompasses 66 destinations across 18 countries and territories, with 16 more destinations from Laos, India, China, Malaysia and Indonesia to join the network by the second half of 2020. Scoot provides – in addition to fantastic value airfares – a safe, reliable and contemporary travel experience with a unique attitude – Scootitude. Offering amenities including on-board Wi-Fi Internet connectivity and in-seat power on selected flights as well as the ability to redeem and accrue Singapore Airlines KrisFlyer miles, Scoot was voted 2015, 2016, 2017 and 2018 Best Low-Cost Airline (Asia/Pacific) by AirlineRatings.com and ranked in the Top 10 of the World’s Best Low-Cost Airlines in 2015 and 2018 by Skytrax. Scoot is passionate about making travel attainable for all and enabling people to embrace the full potential of what we term Wandermust – the innate need that humans have to travel and seek new experiences. 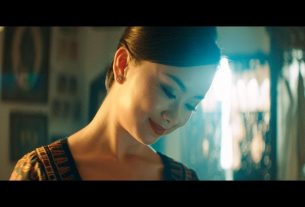 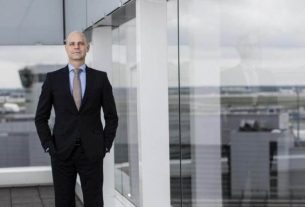 IATA thanks EU for Waiving Slot Use Rule for Summer Season