According to research undertaken by ForwardKeys, a leading travel analytics company, Europe’s airlines have been offering significantly discounted fares for the September to December in a bid to woo back travellers.

An analysis of airfares from the four major northern European markets: France, Germany, Netherlands and UK for the four major southern European destinations: Greece, Italy, Portugal and Spain, reveals that during August the majority of routes were priced at more than 15% below what they were at the same time last year. 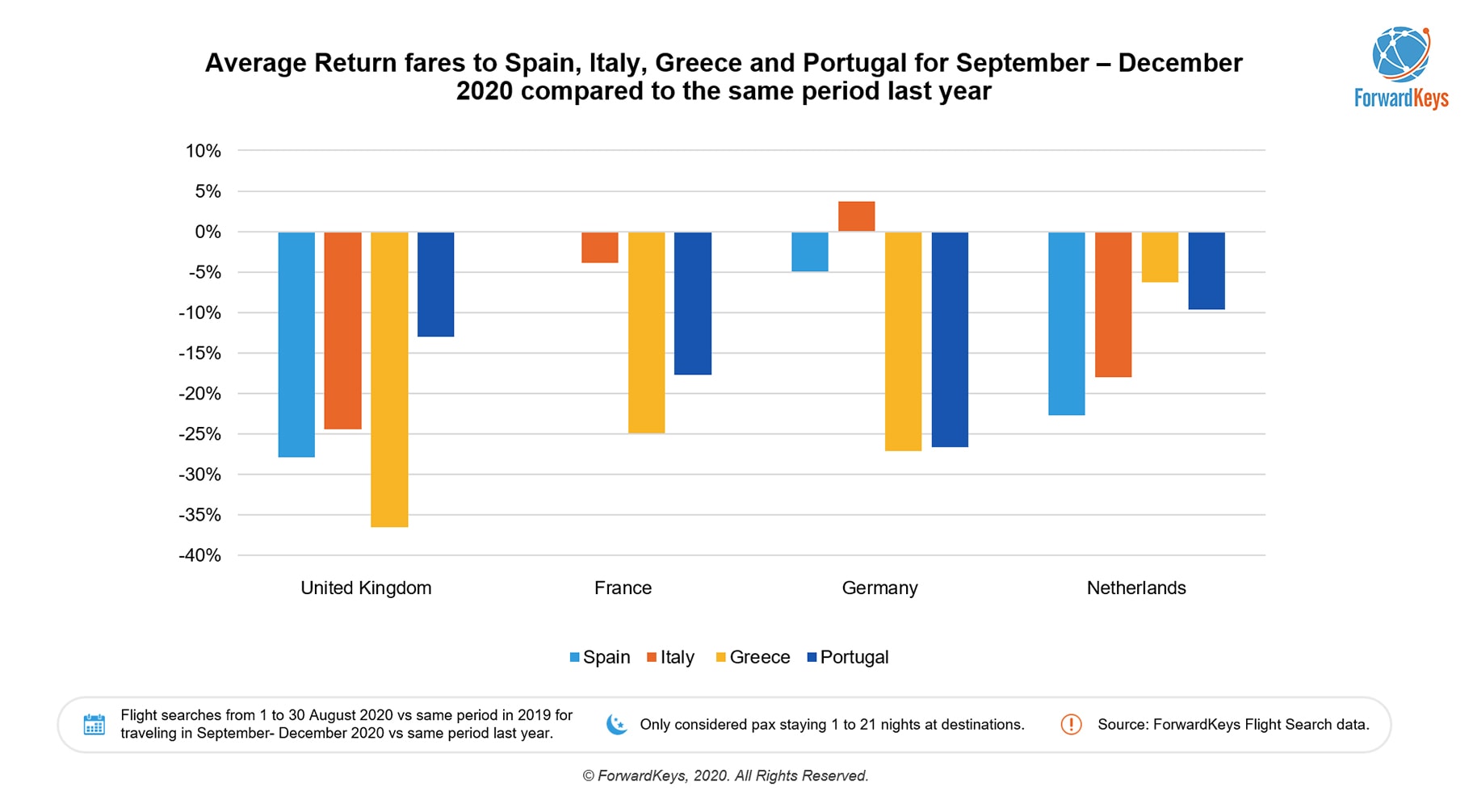 There was just one route, priced at a premium to 2019, Germany to Italy, where low-cost airlines withdrew disproportionately from the market.

Olivier Ponti, VP, Insights, ForwardKeys, commented: “We are witnessing a very difficult market for airlines, with demand being less than a fifth of what it was at the same time last year. The airlines have been responding with the tools at their disposal – reducing capacity and offering promotional prices to attract back travellers. However, they have no control over the evolution of the pandemic and travel restriction policies, which strongly influences the bookings made by travellers.”

“The effect of attractive prices will remain limited in appeal, especially given that many consumers are still concerned that their plans will be disrupted and that any money spent on tickets may not be refunded in the event of a cancelled flight. Building back consumer confidence is a prerequisite to attracting people back to flying.” 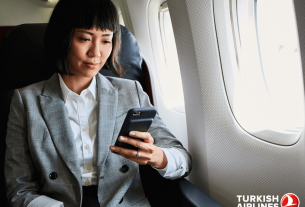 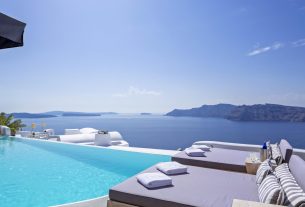 STR: The impact of Greece’s debt crisis on the tourism and hospitality industries