Management change at three Lufthansa Group airlines: Dieter Vranckx (47), currently CEO of Brussels Airlines, was today appointed CEO of the Swiss airline by the SWISS Board of Directors. Dieter Vranckx will assume his new duties on January 1, 2021, succeeding Thomas Klühr, who will leave the company as planned at the end of the year.

Dieter Vranckx has held several senior positions at Deutsche Lufthansa AG since 2001. Between 2010 and 2013 he was Regional Director USA Midwest and Can-ada at Lufthansa Cargo AG in Chicago. From 2013 to 2016 he was Vice President Home Markets at SWISS, where he was responsible for sales in Germany, Austria and Switzerland. Following his successful tenure at SWISS headquarters he spent two years in Singapore from 2016 to 2018 where he was responsible for Group Sales and Marketing activities for the airlines of the Lufthansa Group in the Asia-Pacific region. In 2018 he joined Brussels Airlines as CFO, and in 2020 he took over as CEO. Dieter Vranckx is a dual Swiss and Belgian citizen.

Dieter Vranckx will be succeeded as CEO of Brussels Airlines by Peter Gerber (56). Subject to the pending resolution by the Board of Directors of SN Airhold-ing, Gerber, who is currently Chairman of the Executive Board of Lufthansa Cargo AG, will move to Belgium with effect from 1 March 2021. There, he will also as-sume the newly created function of Group Chief Representative for European Affairs in Brussels.

Dorothea von Boxberg began her professional career in 1999 at the Boston Con-sulting Group. In 2007 she moved to the Group, holding various man-agement positions. From 2012, she was responsible for Customer Experience Design at Lufthansa Airline. During this time, she and her team introduced a new generation of Business Class seats and laid the foundation for Lufthansa’s devel-opment into a 5 Star Airline. In 2015, Dorothea von Boxberg moved to Lufthansa Cargo AG and headed the Global Sales Management department. With effect from 1 August 2018, the Supervisory Board of Lufthansa Cargo AG appointed her to the Executive Board of Lufthansa Cargo AG. Currently, she is responsible for worldwide sales, network planning, product management and product development.

Carsten Spohr, Chairman of the Executive Board of Deutsche Lufthansa AG says: “With today’s decisions, three experienced and accomplished executives from our own ranks are taking on important management tasks in the core business of our Group. Dieter Vranckx has worked successfully for the Lufthansa Group in various airlines and on three continents. His vast international experience and broad-based airline expertise make him a first-class choice for the management of SWISS. Peter Gerber has proven himself in many management positions within the Lufthansa Group that he is not only an outstanding airline manager, but that he can also bring difficult political negotiations to a successful conclusion. He will bring this experience to his new dual role in Brussels. Dorothea von Boxberg has played a major role in the current success of Lufthansa Cargo AG in recent years, not only as a sales expert. With her experience and know-how, she will continue to expand the strong competitive position of our cargo division.“ 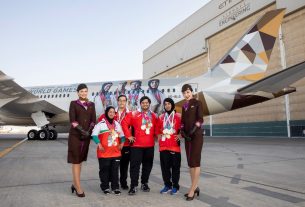 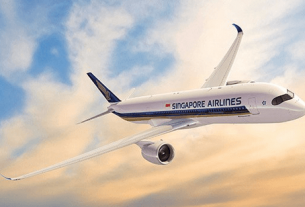 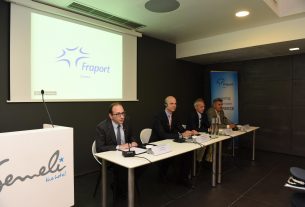