Despite Germany’s already high volume in outbound trips, the figures have grown by a further two per cent. Following a slump in recent years, trips from Germany to Turkey recorded double-digit growth.

According to the latest findings of the World Travel Monitor® by IPK International, at eight per cent city breaks were the growth driver in the holiday travel market. The World Travel Monitor® is based on the results of representative interviews with more than 500,000 people in over 60 countries worldwide. It has been compiled for more than 20 years and is regarded as the most widescale continuous survey of global travel trends.

Growth in trips from Germany

During the first eight months of 2019 outbound trips from Germany increased by two per cent, on a par with other western European source markets, but behind current growth rates in eastern Europe. Germany’s dominant position as a leading source market for outbound travel remains unchallenged. After the USA, it is the world’s second largest outbound travel market, and Europe’s largest by far.

During the first eight months of 2019 the German market’s most in-demand destinations were once again in Europe. Following a downturn in recent years Turkey regained its popularity on the German market. Thus, during the first eight months of the year trips to Turkey reported an above-average rise of 14 per cent, while trips to Spain grew by only two per cent. In contrast, visitor numbers from Germany to Greece and Croatia were in decline. At the same time, at five and four per cent respectively, trips from Germany to the Netherlands and Poland reflected a noticeable increase compared with last year.

As in other European countries, outbound trips from Germany witnessed a renewed surge in city breaks, which at eight per cent recorded above-average growth during the first eight months of 2019. At three per cent, the number of sun and beach holidays increased too. In contrast, at minus four cent round trips recorded a marked decline. Summer trips to the mountains and holidays in the country also attracted fewer outbound trips.

As regards transport choice, during the first eight months of 2019 more and more outbound trips from Germany were undertaken by rail, which grew by six per cent. At four per cent, the increase in outbound flights was not as great, although this figure rose too. The growth in rail and air travel came at the expense of car trips.

IPK International forecasts outbound trips from Germany rising by two per cent in 2020, and thus a continuation of the market’s positive upward trend. This is based on the findings of the World Travel Confidence Index of IPK International, which as part of World Travel Monitor® polls people’s travel intentions for the next 12 months. 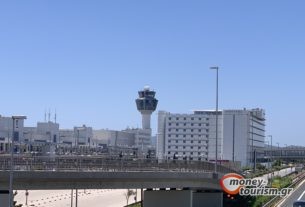 Eurocontrol: Air traffic in Greece at 50% of 2019 levels this year 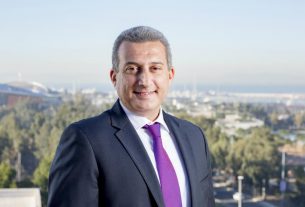 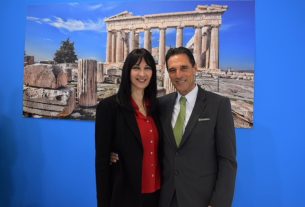