Skip to content
Αρχική > BUSINESS > TUI: “Sunshine Saturdays” are the most popular booking days, in the year

The British call it “Sunshine Saturday”: the first Saturday of the New Year is the day on which TUI in the UK books the most holidays for the whole year. Business in Germany is also very strongly concentrated on Saturdays in January.

The German people’s love of travel also seems to be unrestrained in 2018. On Saturday, 13th January, TUI expects the booking peak of the year in Germany. According to internal calculations, more than 20,000 Germans will book their holidays through TUI on this single day. On 13th January, TUI expects a million holiday-seekers to either look for information online or ask for advice from a TUI travel agency.

According to a recent survey by the world’s largest tourism group, the month of January – and once again every Saturday – is now the highest-selling month in Europe of all. On
6th January alone, around 30,000 TUI customers in the UK signed up for this year’s holiday. Almost one million visitors were registered in the travel agencies and on the websites of the British TUI brands, TUI and First Choice, on “sunny Saturday”. That’s an absolute record. TUI has more than 20 million customers worldwide.

Nevertheless, there are some small differences: in the Scandinavian countries it is not Saturday, but especially Sunday that sees particularly high turnover, as the people there usually book their holidays online. In Belgium, it’s even Monday. While in most countries the beginning of the month is especially popular when booking holidays, the Dutch and Austrians take a little more time. There you will find most bookings on the last Saturday of the month.

Book a holiday to beat the Winter blues

Psychologically, this booking behaviour immediately following the holiday break is easy to explain. The Christmas cosiness is over, the work routine is just around the corner, while the sky usually tends to be a shade of grey. That is the time the winter blues are likely to strike. To combat it, the best thing to do is to turn your thoughts to warmer things – the sun and the beach – and book a summer holiday. Many families also take advantage of the holidays to make their travel plans for the whole year. Favoured by the British, in particular, are all-inclusive holidays. A trend that the Brexit decision and the associated devaluation of the British Pound has further intensified. Price-conscious Britons thus avoid uncertainties resulting from increasing additional costs in Euro or Dollar countries.

Smartphone and tablet play an increasingly important role in the planning of travel and its booking. In countries like Norway and Sweden this is already completely normal. Their holiday bookings are made mainly online (78%). In Germany, however, the travel agency with its advice and service continues to be the preferred booking channel. The proportion of online bookings, however, is steadily increasing. In the past fiscal year 2017, the figure was 18 percent.

WTTC plans to hold its Global Summit in Autumn 2020 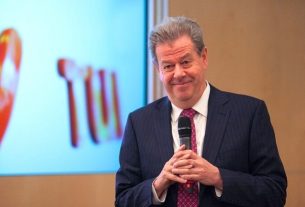 Peter Long: “Tui would not exist without EU”