Santorini,  Crete, Rhodes, and the picturesque islands of Symi and Mykonos, among the 10 of the best islands!

Sailing adds an air of glamour to any adventure: whether hopping onto a swish mega-yacht for a week-long liveaboard or clambering onto a catamaran for a day trip, the romance of setting sail for destinations unknown still resonates. Yet that glamour won’t last long if things go wrong. If guests turn up to the marina to find the captain hasn’t arrived or their chosen boat is looking less-than-seaworthy, the idea of skimming the waves might not seem so appealing. That’s where an escorted tour can help, taking the guesswork out of planning an inter-island adventure. Forget checking ferry timetables or having to work out the route from one island to another: with a group tour, travellers can leave the logistics to someone else and concentrate on enjoying themselves, often with guided sightseeing at each stop to get a sense of each island’s individual character. There are countless archipelagos worthy of an island tour. Here we look at a handful of the best to see what the fuss is about.

They’re best known as a package holiday haven, but sun-seekers who flock straight to the shores of Tenerife or Gran Canaria are missing out on the rich variety these Spanish islands offer.

Sure, there’s sun and sea, and all but the busiest itineraries feature time on the beach, but an escorted tour could open travellers’ eyes to how much else there is to do.

On Tenerife, the otherworldly landscape of Mount Teide National Park offers ample hiking opportunities, as well as charming villages such as Renaissance-style La Orotava, and the black sand beach of El Roque.

But that scenery pales in comparison to the panoramas from the volcanic Bandama Crater in Gran Canaria, which offers views in every direction across the island.

As soon as they hear ‘aloha’ and put on a floral lei, visitors will find themselves easing into the breezy surfer-dude vibe of this American archipelago.

Starting in Oahu, since most international flights arrive in capital Honolulu, highlights include colourful villages and pineapple plantations, rugged cliffs and knockout views at Pali Lookout, and a poignant visit to Pearl Harbor and the USS Arizona Memorial.

But getting a handle on Hawaii isn’t about ticking off sights. Big Island is home to black sand beaches, the world’s most active volcano and a buoyant population of manta rays, but you’ll get more of a feel for the local lifestyle by sipping locally-grown coffee in west-coast town Kailua-Kona.

Likewise, Maui boasts an impressive volcano, and Kauai the colourful Waimea Canyon, but the long, white-sand beaches and homely farming estates offer more of an insight into the islanders’ everyday lives.

It’s easy to think of Malta as just one island, since the majority of hotels and tourist hotspots are clustered on its largest isle. Yet little sister Gozo and the even more diminutive Comino offer a totally different experience.

Malta itself is hardly busy by most standards, but Gozo’s rural landscapes and tiny, secluded beaches seem positively empty by comparison, and with an ancient citadel, vast salt pans and temples that pre-date the Pyramids, there’s no shortage of things to see.

With just four permanent inhabitants, Comino is an even quieter affair, mostly frequented by swimmers and divers keen to see the clear waters of the Blue Lagoon. There is a hotel on the island, but the majority of tours visit as a day trip from Valletta.

The Indian Ocean is a good destination for small-group sailing, as passengers can hop off the back of the boat to swim or snorkel, looking out for colourful coral reefs and more than 700 species of tropical fish.

The traditional dhoni vessel is the best option here. It can avoid the islands dominated by luxury hotels and instead pull up in quiet bays or alongside the tiny islets which characterise this archipelago.

With just a handful of passengers – G Adventures limits groups to eight, though they average six – a laidback vibe is guaranteed.

Routes are flexible, but typically G Adventures heads south from Malé to the uninhabited islands of Ambara and Fenboa Finolhu, before crossing to Meemu Atoll for a taste of Maldivian island life, and onward to Dhiggaru to catch a performance of local folk music boduberu, meaning ‘big drum’.

Few places lend themselves as readily to this kind of itinerary as Greece, where each island is more beautiful than the last. The vibe of each is markedly different, from larger, family-focused isles to those with a just-for-two feel, so this is also a way to whet the appetite for future bookings.

If clients want to work in some time on land, try a tour that bookends a cruise with guided sightseeing in Greece or its nearest neighbours.

nsight Vacations has a trip that starts with three days in Istanbul before cruising to romantic Santorini, the ancient ruins of Crete and Rhodes, and the picturesque islands of Symi and Mykonos, then finishing with guided sightseeing around Athens.

There’s no need to travel too far to enjoy the magic of an island-hopping cruise: pack a warm jumper and waterproofs, and the remote highlands and islands of Scotland are well within reach.

The Hebrides are perennially popular, with inter-island ferries and plenty of sights to see.

The Isle of Lewis is home to the Stonehenge like Callanish Standing Stones and a prehistoric castle at Dun Carloway Broch, then there’s the rugged scenery of North Uist and Benbecula, and the peace and quiet of Barra, the southernmost of the Outer Hebrides chain.

The Inner Hebrides are even more accessible, with the Isles of Skye, Mull and Iona popular with day trippers from the mainland. Must see spots include Tobermory in Mull, the colourful setting for children’s programme Balamory, and religious sites in Iona, where Irish saint Columba founded a monastic movement in the sixth century.

Book it: Shearings’ Lord of the Isles tour starts at £899 for 12 days, departing May to September. The price includes 11 nights’ half-board, coach travel and sightseeing. shearings.co.uk

Fancy spending a day on a deserted island with seven new-found friends?

The idyllic British Virgin Islands are another haven for small-group cruising, with intimate group sizes and smaller vessels that encourage a friendly atmosphere.

That complements this carefree destination, where the top priority is having a good time.

Go snorkelling around The Caves to spot octopuses, stingrays and even dolphins; stay out until late at reggae-and-rum joint The Willy T; search out the best-preserved shipwreck in the Caribbean and follow in the footsteps of pirates on the North Sound; and in between, enjoy some of the best swimming and snorkelling in the world plus a sneaky rum punch or three.

These Adriatic islands are hot property right now, as increasing numbers of operators have added island-hopping cruises or expanded capacity to cope with demand just in the past couple of years.

The Game of Thrones effect has played its part, with key scenes from the cult show filmed here, but it’s also down to repeat visitors wanting to strike out beyond city-break favourites Dubrovnik and Split.

Those are still the main gateways to the coast, from which cruises tend to take in the pretty Elaphiti Isles, lush landscapes of Mljet and chic yachting hotspot Hvar, before venturing on to sleepy island Brac, where the Golden Horn beach shifts its position with the tide, and Korcula, the legendary birthplace of Marco Polo.

Half the joy of this journey is in discovering the little quirks that set one island apart from another, but they share the same winding backstreets and Venetian-influenced architecture, not to mention the same delectable Italian-inspired cuisine.

Book it: Newmarket Holidays has an eight-day Croatian Islands Cruise with departures between May and August, from £1,549, including flights to Dubrovnik, transfers, breakfast and some other meals, and guided tours of Hvar, Split, Korcula and Dubrovnik. newmarketholidays.co.uk

Flying halfway around the world is no small undertaking, so most clients want to maximise value for money by tagging on extra sightseeing while they’re Down Under.

Daniel Harrison of Cosmos Tours & Cruises says: “In the past few years, we’ve seen huge growth of customers wanting to experience a holiday of a lifetime with a cruise around Australasia, making it one of our fastest-growing cruise destinations.”

The operator has brought in a new tour combining Sydney sightseeing with a cruise through New Caledonia, the white-sand beaches and rich local culture of Fiji, and the lush scenery of remote Vanuatu, stopping off at smaller islands along the way.

Book it: Cosmos Tours & Cruises’ new Sydney & South Pacific Treasures Cruise starts at £3,187 for 22 days, including return flights to Sydney, B&B on land and full-board on the cruise, transfers, city tour and a sightseeing cruise. cosmostoursandcruises.co.uk

There can be no better island-hopping adventure than retracing the steps of Charles Darwin through the Galapagos. This wish-list destination is growing ever-more achievable, with more UK operators featuring cruises alongside land tours of Peru and, increasingly, mainland Ecuador.

There are flights from Quito and Guayaquil to the largest island, Santa Cruz, and to San Cristobal. Collette’s tour flies to the latter after two nights in the Ecuadorian capital, before moving on to Espanola Island, which is guarded by a colony of sea lions and has a coastline frequented by manta rays and white-tipped sharks.

Next is Floreana Island, where it’s possible to snorkel with green sea turtles, and Santa Cruz to visit the famous Charles Darwin Research Station and walk inside dormant lava tubes, before finishing the Galapagos portion of the tour spotting marine iguanas and fur seals in Daphne Island.

The tour continues with stays in Guayaquil, Lima, Cusco and the iconic train ride to Machu Picchu.

Book it: Collette’s 16-day The Galapagos Islands & Machu Picchu tour costs from £6,549, including flights from London, excursions, most meals and more. gocollette.com 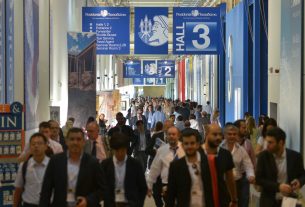 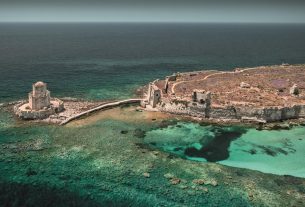